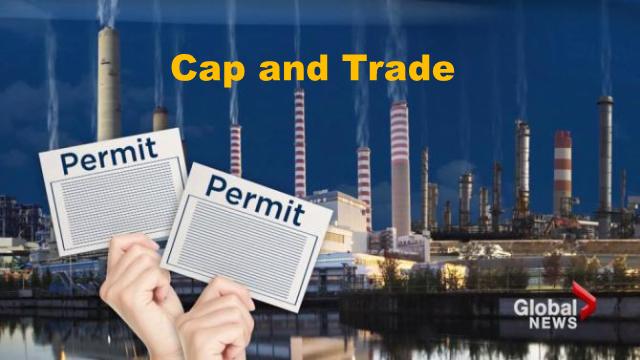 I’m pleased to welcome Mike Schreiner as a contributor to BoomerWarrior.Org. Mike is the leader of the Green Party of Ontario which promotes a prosperous green economy, sustainable communities and the health and well being of all Ontarians. (Rolly Montpellier~Editor, BoomerWarrior).

It’s good news for Ontario’s environment and economy that the Liberal government is finally putting a price on carbon pollution after years of dragging their feet. It is bad news that the federal government is still missing in action. This makes Ontario’s efforts to reduce greenhouse gas (GHG) pollution especially important for all Canadians.

The Liberals will need to grow a spine if their cap-and-trade plan is going to work. Since the opposition parties with seats at Queen’s Park have little to offer on the climate crisis, the government will need citizens to stiffen that spine, especially those who are disappointed that the Liberals ignored their advice to adopt a simple, effective and fair carbon fee and dividend policy.

My guess is that industry players are already hiring Liberal friendly lawyers and lobbyists to secure special exemptions and free pollution permits under the province’s new cap-and-trade system. It’s hard for politicians to say no to their friends and donors. But it is absolutely essential for the Liberals to do this if they want to avoid an epic exercise in greenwashing that will undermine our climate obligations.

The climate crisis also presents economic opportunities. As the world transitions to a low-carbon economy, jurisdictions that create the market conditions for cleantech companies to succeed will create jobs and prosperity. Putting a price on pollution is an essential market tool to create a prosperous low carbon economy.

Although I support a carbon fee and dividend policy as the most effective and fair way to price GHG pollution and most of the public comments during the government’s consultation did too, a cap-and-trade system can reduce the pollution that is destabilizing our climate if designed properly. It might also create the market conditions for a prosperous clean economy, even if it doesn’t provide a predictable price on pollution that makes it easier for businesses and consumers to make low carbon investments, if it contains price floors and ceilings.

In a cap-and-trade system the government caps the total amount of GHG pollution allowed. It then issues permits to companies, specifying how much pollution they can produce. If a company wants to emit more pollution than allowed, it must buy permits from companies that have emitted less pollution. In this way, companies are rewarded for implementing innovative, low carbon solutions while reducing GHG emissions.

The real world challenge is that the issuing of permits and the creation of a pollution market is complex, bureaucratic and susceptible to gaming and manipulation. A good lobbyist, a backroom deal and a well placed campaign contribution can all lead to the government issuing free pollution permits or exemptions for politically connected industries. Industry exemptions and free permits have weakened the effectiveness of the European Union and California/Quebec cap-and-trade systems. Quebec’s system, for example, provides free emission credits to the province’s aluminum plants and two oil refineries.

The Liberals will have to say “no” to their well-connected friends with deep pockets. The stakes are too high to not get this right. We simply can’t let the Liberals turn cap and trade into cap in hand.

For this reason we must push the government to grow a spine. The government can start by adopting the following five broad principles:

Ontario’s cap-and-trade system can make a positive difference. Its successful implementation will depend on the details. Since the Liberals chose to hide behind a complex pricing system that will open them up to industry pressure to game the system, we all have to make sure they don’t give into those with deep pockets and friendly lobbyists.