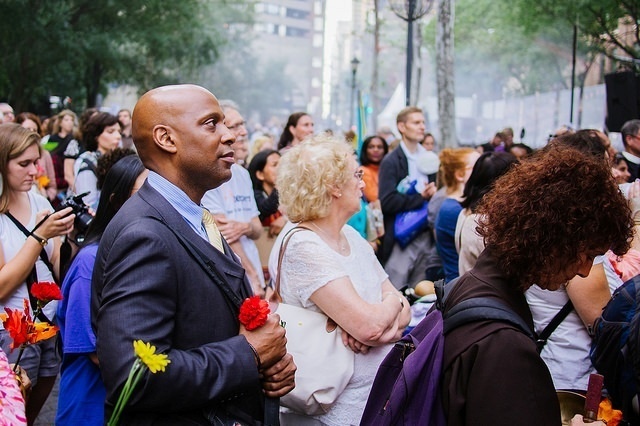 I’m not a religious person. I see myself as an agnostic or maybe even an atheist. I’ve been a passionate climate activist for several years and never thought there was a role for religion in the fight against climate change. But with Pope Francis’ dive into climate science and climate change in 2015, I now believe that interfaith climate action may be instrumental in raising climate awareness about the imminent dangers of global warming among the masses of uninformed citizens.

World leaders from over 170 countries have now signed the landmark Paris agreement this past weekend. While this was going on, 250 faith leaders were also underscoring the moral imperatives of acting on climate change. In an Interfaith Climate Change Statement, Jewish, Buddhist, Hindu, Christian, and Muslim signatories are urging world leaders to quickly curb greenhouse gas emissions by 2020 while aiming to keep a 1.5C warming threshold within reach.

The Interfaith Climate Action statement was delivered to the UN’s President of the General Assembly as the organization prepared to host representatives from over 170 nations – including 40 heads of state – who signed the Paris Agreement on Earth Day. With faith groups fighting to protect people and the planet – especially the most vulnerable suffering from the harshest climate impacts – it will be up to governmental leaders to do the same by keeping their word and swiftly implementing an accelerated energy transition that curbs emissions and rising temperatures.

Acting for the climate is a moral imperative

From the Pope’s climate-focused encyclical, to the Islamic Declaration on Global Climate Change, some of the world’s most influential moral voices are using their platform to highlight the urgency of climate change. By adding their perspectives to the global call for climate action, the case for protecting people and the planet is stronger, and more diverse than ever.

Fossil fuels are costing communities billions of dollars in health expenses, while extreme weather has devastated many coastal nations. Faith groups recognize that the poor and vulnerable suffer from the harshest impacts, and if emissions and temperatures continue rising, the consequences will only be exacerbated.

Everyone agrees: acting on climate is both morally and economically right

Faith groups are joining the chorus of  local communities, business leaders, major investors and leading scientists around the world who are already driving the transition to a low-carbon climate-safe future, and calling on their leaders to follow in their footsteps. As governments prepare to usher in an era free of fossil fuels, they can either stand back, or accelerate the transition to reap the benefits for a safe and prosperous future for all.