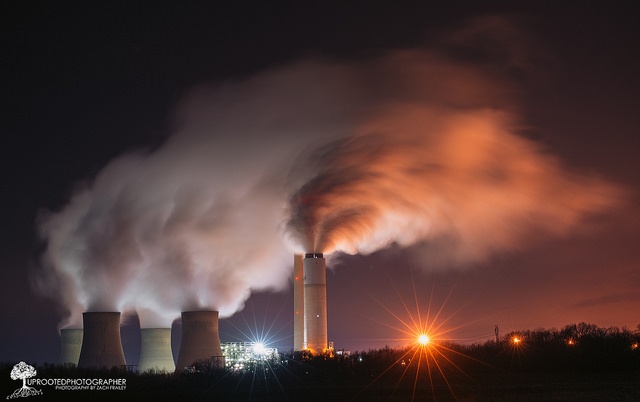 This post is a collection of excerpts and quotes, plus my editorial comments, illustrating the slow death of Big Coal across the globe. We are entering the post-Paris era, a time ripe with opportunities for environmentalists and climate activists to reinforce the efforts of their governments world-wide to accelerate climate actions. This is the moment we’ve been waiting for. Let’s seize it.

The Slow Death of Big Coal

As fortunes continue to fade for coal, new beginnings are on the horizon for renewables. Oregon has become the first US state to introduce legislation that phases out coal completely by 2030, and doubles renewables in its energy mix by 2040. In Canada, the Ontario-based Nanticoke coal plant – formerly the largest in North America – will be repurposed into a solar farm, producing 45 MW of power. According to the International Energy Agency, the global surge in renewables is having an impact on CO2 emissions, which have stalled for the second year in a row. With subnational governments stepping up for the climate, and world leaders……ratifying the Paris deal, latest developments signal an uptick in momentum in the ongoing transition towards a 100 per cent clean energy future.

Coal Not What It Used to Be, DeSmog Canada

Benjamin Thibault and Andrew Read of the Pembina Institute illustrate (in a DeSmog guest post) that the slow death of big coal is well underway.

In contrast to the flowery vision of a 21st century coal boom, the last few years have brought bad news for coal at every turn. Demand has collapsed across much of the developed world, as seen in the 45-year low for coal power production in the United States. According to the International Energy Agency, even in countries like China — oft-touted as coal’s hope for the future — “coal demand is sputtering” and renewables are “significantly curtailing coal power generation, driven not only by energy security and climate concerns but also by efforts to reduce local pollution.”

Analysts have predicted that coal consumption has peaked and the recent declines will only continue with environmental constraints and the renewed global commitment to address climate change.

Coal has been declining steadily during the past decade but the recent Wall Street broad retreat is an ominous sign for the coal sector. There is an expanding consensus that coal has turned into a terribly bad investment.

JPMorgan Chase announced this month that it would no longer finance new coal-fired power plants in the United States or other advanced nations, joining Bank of America, Citigroup and Morgan Stanley in retreating from a fuel that provides about one-third of the nation’s electricity and accounts for about one-quarter of the carbon emissions that feed global warming.

Coal use in China appears to be peaking, but it will not go away quietly. The good news — China’s National Energy Administration has ordered some provincial jurisdictions to curtail the approval of new coal-fired power plants, and another set of provinces has been ordered to delay construction projects already approved. In all, a total of 250 coal-fired plants are targeted. The bad news — at least 570 coal-fired units with 300 gigawatts of capacity could still come online.

Recent data suggests that China’s carbon dioxide emissions fell in 2015, driven by a sharp drop in coal use. There’s always tons of uncertainty with China’s energy stats…. but the recent shift does look significant.

Between 2002 and 2012, China’s coal consumption grew 10.4 percent per year as the economy expanded rapidly, bolstered by growing steel, cement, and aluminum production. By 2012, China was burning nearly as much coal as the rest of the world combined. By 2013 to 2014, however, China’s coal consumption was starting to taper off. And in 2015, coal use actually dropped 3.4 percent, according to official stats.

The moratorium on new coal mine development and the closing of 1,000 coal mines to trim excess capacity are other indications of the downward spiral of coal in the largest producer and user of this energy source in the world. Added to this is a more sluggish rate of economic growth and a consequent slowing down of China’s industrial sector. China is also emerging as a world leader in renewables with a accelerating shift to cleaner sources of electricity — building hydropower dams, nuclear power plants, wind farms, and solar panels.

Fighting climate change requires the courage to confront polluters where they think they are most powerful. For years, communities on the front lines have led that struggle, and this May we can join them.

The world is becoming dangerously hotter by the day. Through peaceful direct action across the globe we can demonstrate to those in power that people everywhere are prepared to resist the fossil fuel industry’s plans to wreck the planet. This is the moment we’ve been waiting for. Let’s seize it. (Source: 350.Org)