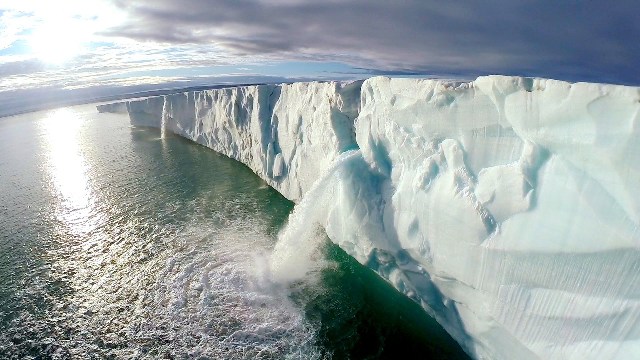 Suppose that your mom is sick. None of her brothers, sisters or children have taken her complaints seriously. Everybody has carried on with their own busy lives, thinking that mom was imagining things, and assuming that she was fine. And then she took a turn for the worse. Everybody close suddenly realized that she was very frail and ill, depleted of her energy and resources. She was no longer the ageless, sacred source of life that nurtures all living beings. Now, suppose that she is everyone’s mother. She is Mother Earth. And her illness is abrupt climate change ~ Paul Beckwith

Never before in human history have we faced such a global-reaching upheaval like that underway today from early stages of abrupt climate change. Will humanity continue its haphazard and disconcerted feeble attempts to address the gut-wrenching disruption and pretend that everything will work out fine as we spiral into civilization collapse? Or will we finally do what is required and treat the system turmoil as a global emergency far larger than we have ever faced before, and throw all our resources into surviving it?

Excerpts of Paul Beckwith’s interview with Will Fox of FutureTimeline.net.

Future Timeline: It’s clear that the Arctic is melting rapidly and this trend is likely to continue. When do you predict the Arctic will start to have ice-free conditions? At what point during the year will it disappear, and for how long? How will these conditions develop in future decades, and could we reach a point where the Arctic is free of ice all year round?

Paul Beckwith: I think that the Arctic will start to have ice-free conditions at the end of the melt season (Septembers) as early as 2020 or before (possibly even the summer of 2016). It is hard to predict a single year, since the loss of Arctic sea ice greatly depends on local Arctic wind and ocean conditions in the summer melt season.

For the sake of argument, let us pick September 2020 for the first “blue-ocean” event in the Arctic. This would occur for about a month. Within two or three years, it is highly likely that the duration of this “blue-ocean” state would be three months or so, thus occurring for August, September and October in 2023. Within an additional few years, say by 2025, it is highly likely that the “blue-ocean” event would be extended for another few additional months, and we’d have ice-free conditions from July through to and including November — or five months of the year. Then, within a decade or two from the initial 2020 event we can expect to have an ice-free “blue-ocean” Arctic year round — some year between 2030 and 2040.

Future Timeline: In recent years, there’s been a lot of talk about methane eruptions in the Arctic and Siberia. How serious is this, in terms of its potential for adding to global warming? Can you give us some idea of the timescales involved? What’s the level of certainty about these future effects?

Paul Beckwith: Once the Arctic is essentially ice-free for ever-increasing durations in the summer months, and then over the entire year, there are two enormous feedback risks that we face — Methane and Greenland.

Methane is the mother of all risks. The Russians have measured large increases in emissions from the continental shelf seabed in the Eastern Siberian Arctic Shelf (ESAS). Over the timespan of a few years, they observed that methane bubbled up in vast numbers of plumes that increased in size from tens of metres in diameter to hundred and even thousand metre diameter plumes in the shallow regions of ESAS. Global atmospheric levels of methane are rapidly rising, and although they average about 1900 ppb or so, there have been readings over 3100 ppb in the atmosphere over the Arctic. Since the Global Warming Potential (GWP) of methane versus carbon dioxide is 34x, 86x and close to 200x on timescales of 100 years, 20 years and a few years, respectively, a large burst of methane can virtually warm the planet many degrees almost overnight.

Recently, we have passed about 405 ppm of CO2, with a record rise of 3.09 ppm in 2015 alone. When accounting for methane and other greenhouse gases and putting them into CO2-equivalent numbers, we are at about 490 ppm CO2 equivalent. We are literally playing with fire, and the outcome will not be pretty.

Greenland ice melt is the next enormous feedback risk. When we lose snow and ice in the Arctic – and the cascading feedbacks like albedo destruction kick in – and the methane comes out, then the enormous warming over Greenland and in the water around and under the Greenland ice will viciously destroy the ice there and greatly accelerate sea level rise.

Future Timeline: How does the melting in the Arctic compare to its southern polar opposite, the Antarctic?

Paul Beckwith: The Arctic is rapidly losing snow cover (mostly in the spring months) and sea ice cover, and thus the average albedo (reflectivity) of the region is rapidly decreasing. This is feeding back into additional Arctic Temperature Amplification and further darkening and warming, until we have no snow and ice in the region.

These vicious feedback cycles have not kicked in to the same extent in the Antarctic. The ice cap there is losing ice causing a rise in sea level mostly from the warming of the seawater undercutting the ice on land that is grounded below sea level.

The level of certainty over these future effects is close to 100% if we continue to be stupid and do nothing. If we are smart, we need to have a Manhattan–Marshall Plan-like emergency status to a) Zero emissions as soon as possible, i.e. by 2030; b) Cool the Arctic to keep the methane in place and restore jet stream stability, and c) Remove CO2 from the atmosphere/ocean system and remove methane from the atmosphere. There is no other choice.

The level of certainty over these future effects
is close to 100% if we continue
to be stupid and do nothing.