I was excited to hear Michael Moore announce that he was releasing a new film—Planet of the Humans—on Earth Day. I have found a number of his films, in particular Bowling for Columbine and SICKO, thoughtful, funny and on the money. Unfortunately “Planet of the Humans” fails on all three counts. And more unfortunately, the film (free on Youtube) has already been viewed more than a million times in the first 24 hours.

Planet of the Humans

The film is actually written, produced and directed by Jeff Gibbs a self-avowed lifelong environmentalist who has collaborated on several Michael Moore films. Michael Moore is the Executive Producer on this effort.

Much of the assessment of renewable energy—wind, solar, electric cars, the grid—is simply cringe worthy (more on this later).  It’s as if the filmmaker hadn’t read anything on renewables in at least a decade.  In this film, anyone who has an opinion and some tangential connection to an industry can be a trusted expert if they have offered a soundbite in front of Gibb’s camera. Take for example the salesman in the film who suggests confidently that solar panels only last 10 years.  Its clear that fact-checking wasn’t going to interfere with the polemic.

The film does have some redeeming features.  The extended section on how and why biofuels are not a climate crisis solution probably mostly hits the mark.  The issues of green washing, the need to follow the money, the need to examine population and modern levels of consumption, and that renewable energy won’t save the planet alone are all important. The exploration of corporate links to environmental groups is disconcerting, but with so much misinformation or distorted information in other parts of the film, its hard to feel much confidence that suddenly this information is presented without distortion.

Although the writer and director claims to be a life-long environmentalist, he is remarkably uninformed about renewable energy.

As Emily Atkin put it in her piece:

“The wheel starts to spin when a dude who spent his entire career doing everything except climate journalism decides he’s going to be the one to do a Big Climate Journalism Moment. This moment can be an interview with a famous person, a huge piece in a fancy publication, or a documentary film produced by Michael Moore.

Because of the bigness of said moment, it is consumed by hundreds of thousands, if not millions of people. But because neither the author nor editor has not [sic] done much climate journalism before, however, the viral moment suffers from factual inaccuracies and misleading tropes.”

“That’s understandable. Climate change is a very difficult subject to cover—due in large part to the sophisticated 40-year disinformation campaign around the subject, perpetuated and funded by the multi-trillion dollar fossil fuel industry and its powerful political allies.

But that doesn’t change the fact that harmful inaccuracies have been consumed by many people. The wheel comes full circle when climate journalists have to spend massive amounts of time and intellectual energy consuming and debunking the First Time Climate Dudes story.”

When George Monbiot tweeted that he did not write a commentary on Planet of the Humans because Ketan Joshi had done such a good job, I took notice.  Joshi’s takedown of the film “Planet of the Humans: A reheated mess of lazy, old myths” is  excellent – detailed, entertaining and extensive — almost 3,000 words!

He points out that Gibbs had been working on this film for at least a decade. Joshi argues that “there are some ideas in this documentary that are well worn and highly recognisable memes from the 2009 – 2013 climate denial wonder years” when Joshi’s work included responding to the parade of misinformation.

Joshi’s conclusion about the film:

“It is the ultimate expression of lazy privilege to make something so void of effort, but so widely viewed and promoted. Criticism will be rebuffed as Not Being Able To Handle The Truth, or the classic We Just Wanted To Start A Discussion. It is still a package of old, dead ideas reheated by someone who knew that he did not need to put any effort into updating his thinking. There was no chance he would be talking to climate activists, talking to young people, talking to experts, talking to community advocates, talking to people from other countries, or really talking to anyone who wasn’t already mostly in his vicinity.

It should have faded off into the pit of Youtube’s unwatched terabytes, but it didn’t, because mediocrity is celebrated, boosted and broadcast if it comes from someone who looks and sounds the right way.”

Read it if you want an historic, detailed, and compelling assessment of the film’s shortcomings.

Josh Fox, an Oscar-nominated filmmaker, has just written (April 30th) a blistering article with a enough fact-check hyperlinks to keep you busy all night and concludes with:

“Please, Mike: Start listening to science, to reason, to the movement—and retract and apologize for this film.

To everyone else, don’t despair! We have a future if we want one. No amount of attention-grabbing bloviation from Trump, Breitbart, or Moore will stop the sun from shining, the wind from blowing—or the truth from coming to light.” 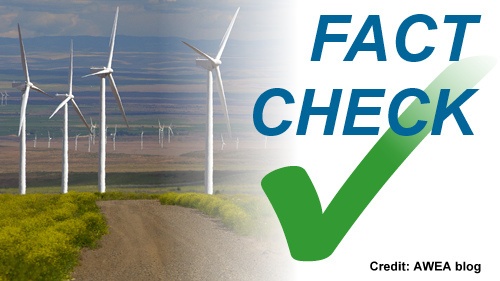 Not surprisingly the renewable energy world has responded to the the deluge of false information in the film.

PVSolar provides details of the misinformation about solar and the following more general comments:

“The film offers a succession of talking heads, all bemoaning renewables — although there is not a grid scientist or energy expert among them.”

“It’s difficult to take the film seriously on any topic when it botches the solar portion so thoroughly. Although the film was released in 2020, the solar industry it examines, whether through incompetence or venality, is from somewhere back in 2009.”

A more detailed piece debunking issue by issue the film’s misinformation on solar is available here.  The author’s overall assessment:

“I watched this film, and honestly it was a little heartbreaking. With the kind of resources Michael Moore has, it could have been great. Instead, he ended up parroting many falsehoods that the renewable energy and environmental movements have been trying to dispel for decades.”

The wind industry does a fact checking exercise, focusing on the  film maker’s misunderstanding of the power system, why the film is wrong about carbon footprints and lifecycle impacts, and why it is wrong on wind and solar’s impacts on fossil fuel use.

Inside Climate News discusses 6 things the film gets wrong.

A Hate On For Climate Groups and Climate Activists

The filmmaker seems to go out of his way to take down some of the most important climate groups and climate activists in the US.  Let’s examine one example. He accuses Bill McKibben a co-founder of 350.org of supporting biofuels and claims in the credits at the end of the film that McKibben has changed his mind to be against biofuels since he saw the film.

“The documentary ‘Planet of the Humans’ contains a number of inaccuracies in relation to Bill McKibben and 350.org. These inaccuracies are so many and so glaring that they point towards not only bad journalism, but also bad faith by director Jeff Gibbs.” — 350.Org

McKibben was initially for biofuels but changed his mind several years ago as new evidence emerged. He wrote about his concerns about biofuels in several articles in major US publications.  McKibben points out:

“Like the filmmaker, I previously personally supported burning biomass as an alternative to fossil fuels—in my case, when the rural college where I teach replaced its oil furnaces with a wood-chip burner more than a decade ago, I saluted it. But as more scientists studied the consequences of large-scale biomass burning, the math began to show that it would put large amounts of carbon into the atmosphere at precisely the wrong moment: if we break the back of the climate system now, it won’t matter if forests suck it up fifty years hence. And as soon as that became clear I began writing and campaigning on those issues. Here’s a piece of mine from 2016 that couldn’t be much clearer, and another from 2019 in the New Yorker about the fights in the Southeast, and another from 2020 as campaigners fought to affect policy in the Northeast. The other side has definitely noticed—here’s an article from the biomass industry attacking me, 350.org, and others”

This movie is the enemy of humanity’s last best chance to save itself and countless other species from unchecked climate change through a transition to cleaner technologies. — Dana Nuccitelli in Yale Climate Connections

Although Gibbs hopefully didn’t receive funding from the fossil fuel industry, he might as well have for all the misinformation about renewables he presents. Not surprisingly, the climate deniers are already using the film to further their disinformation campaigns. Terence Corcoran reviewed the film in the Financial Post under the title : “The hottest doc of the year kills green energy: Planet of the Humans drops a bombshell on the green movement, the renewable energy industry, and talk of a Green New Deal.”

In conclusion, the final disappointment is that after all the misinformation about renewable energy and some of its most important activists, the film offers essentially no solutions.  As PV magazine noted: “The film is long on criticism but offers no solution other than a vague non-capitalist pastoral alternative…”

ICYMI: other articles by Ken Johnson
Our Big Banks Are Financing The Climate Breakdown
5 Reasons A Climate Tax Is Not Enough