This post features a wide-ranging collection of five positive developments—things to feel good about—at a time when our world is undergoing the most tumultuous and unpredictable period in human history. Daily news about climate change, the COVID-19 pandemic, social and economic inequality, racism and violence dominate the headlines. And yet, we are often reminded that all is not bleak. These isolated developments offer hope and perhaps promising paths to a better future.

A “new law binds Denmark to [the] international climate process, including climate finance to developing countries,” reported Climate Home News in December 2019. The law commits Denmark to slash emissions to 70% below 1990 levels by 2030 and carbon neutrality by 2050.

Starting in 2020, the Danish government will produce an annual climate plan and set legally-binding targets which will be renewed every five years.

This is what #climate leadership looks like. #Denmark‘s new gov’t unveils one of the world’s most ambitious green plans. 70% reduction target by 2030 enshrined into law.

Canada on the other hand has missed every emission reduction target it has ever set. Clearly what our governments have been doing is not working out. A legal framework is needed “to consolidate political support for climate agendas, to provide the framework for implementation of the Paris Agreement and for assessing progress, as well as to enable ratcheting-up of ambition going forward,” details a recent policy brief — A New Canadian Climate Accountability Act.

Combining solar power with hydroelectricity in floating reservoirs could meet nearly 50% of global electricity demand, says a new US study by the Department of Energy’s National Renewable Energy Laboratory (NREL). 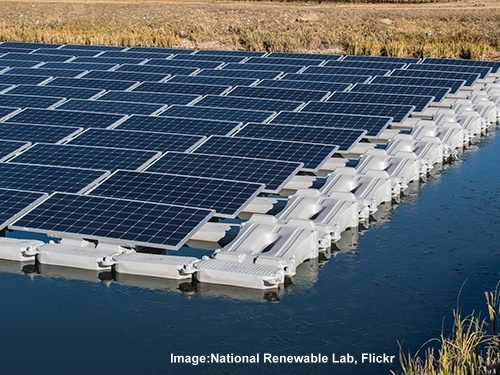 As reported in The Energy Mix. “The greatest potential for solar power is during dry seasons, while for hydropower rainy seasons present the best opportunity,” said Lee (group researcher for NREL). “Under one scenario, that means operators of a hybrid system could use pumped storage hydropower to store excess solar generation.”

The Million-Mile battery is coming

The million-mile battery is not far away. Tesla, General Motors and a Chinese battery maker say they have one in the works. Calling this development a revolution is truly understating its wide impacts. “Several experts pointed out that true million-mile batteries are likely to outlast whatever cars they’re built for, meaning their arrival could dramatically impact both second-use markets and battery recycling,” reports Grist.

‘Million-mile’ batteries are coming. Are they a revolution? | Grist
Recently, multiple #EV battery makers have announced the imminent arrival of “million-mile” batteries, power packs that supposedly have enough juice to be driven to the moon and back twice https://t.co/lAsclatCGb

“Renewable power will become the largest area of spending in the energy industry in 2021, on our estimates, surpassing upstream oil and gas for the first time in history,” Goldman Sachs said this past June. “Spending on renewable power is set to overtake oil and gas drilling for the first time next year as clean energy affords a $16 trillion investment opportunity through 2030.

In its Carbonomics report, Goldman Sachs estimates that “clean tech has the potential to drive US$1.2 tn p.a. of green infrastructure investments and create 15-20 million jobs worldwide.”

In 2019, Almost 75% of new energy capacity came from renewable energy according to the International Renewable Energy Agency (IRENA).

Hydrogen – the fuel of the “near” future

According to new research by Wood Mackenzie, green hydrogen costs will fall by 64% by 2040 reaching a possible tipping point. “On average, green hydrogen production costs will equal fossil fuel-based hydrogen by 2040. In some countries, such as Germany, that arrives by 2030. Given the scale up we’ve seen so far, the 2020s is likely to be the decade of hydrogen,” said Ben Gallagher, Wood Mackenzie Senior Research Analyst and report author.

The clean-burning fuel does not produce carbon emissions upon consumption and so can replace fossil fuels in many sectors including heavy industry, transportation and heating. But its full potential for reducing emissions depends on how it is produced, which in turn is influenced by costs and technologies.

In Canada, proponents of green hydrogen estimate that it will play a critical role in the decarbonisation of our future economy.

ICYMI:
What on Earth is Blue Carbon?
The Battle Plan: Mobilizing For The Climate Emergency
Traditional Car Companies Are Zombies: Dead But Don’t Know It Yet