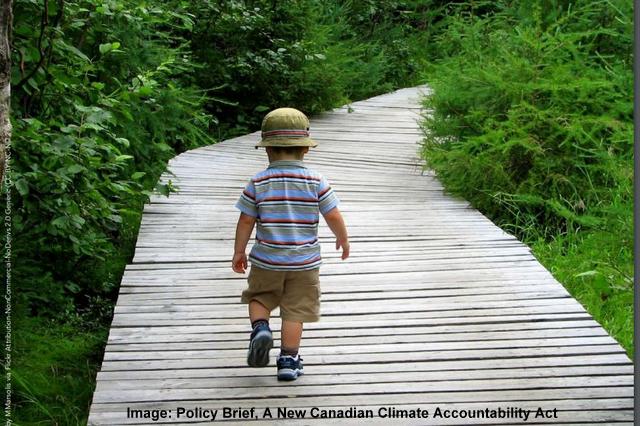 Canada has missed every emissions reduction target it has ever set. The climate politics of the last three decades—politics as usual—just hasn’t worked. Canadians are less Paris-compliant today than when the Paris Agreement was adopted in 2015. But there is some good news. Canadians expect their governments to deliver on their commitments to fight climate change. And there is momentum building for a climate accountability act, seen my many as a crucial first step in the climate war.

Many countries and jurisdictions including New Zealand and the United Kingdom (2008) have implemented climate accountability frameworks as a way of meeting their long-term climate commitments. Similar frameworks are also found in two Canadian provinces: Manitoba and British Columbia. These jurisdictions provide valuable examples for other Canadian governments looking to implement accountability frameworks.

Their detailed publication and 10-page policy brief outline “how domestic climate accountability legislation is a key means to consolidate political support for climate agendas, to provide the framework for implementation of the Paris Agreement and for assessing progress, as well as to enable ratcheting-up of ambition going forward.” The group has identified the 5 pillars which should constitute the Canadian Climate Accountability Act.

The Five Pillars of the Accountability Act

The following is sourced directly from the Policy Brief: A New Canadian Accountability Act.

An Accountability Act will: 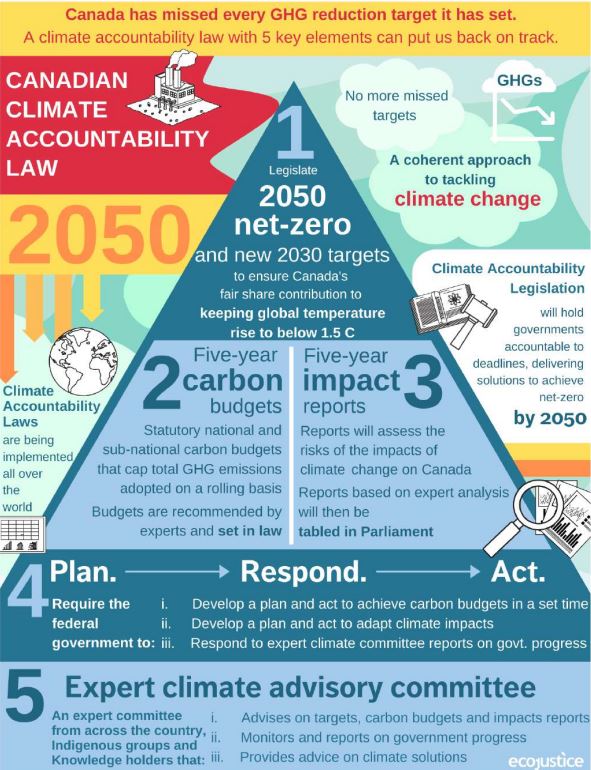 The five pillars are typically common in other jurisdictions with climate accountability laws in place:

Pillar 1: Long-term (2050 & 2030) GHG reduction targets that are ambitious and move
Canada towards its fair contribution to a 1.5 C mitigation scenario.

Pillar 3: Five-year impact reports tabled before Parliament that assess the risks of current
and predicted climate impacts in Canada. Impact reports are the basis for adaptation
planning.

Pillar 4: Planning and reporting requirements to achieve carbon budgets and guide
adaptation. Plans, progress reports on their implementation, and the government’s
response to progress reports must be tabled before Parliament.

Pillar 5: Arm’s-length expert climate advisory committee to advise on long-term
targets, five-year carbon budgets, climate impact reports and policy solutions,
and independently monitor and report on implementation progress. The expert
committee is central to the accountability framework and has a key role in each of the
preceding pillars.

The five-pillar framework outlined in this policy brief is designed to break down long-term, aspirational targets into more proximate and manageable milestones, to drive the whole-of-government and economy-wide planning needed to achieve those milestones, and to ensure there is accountability for delivering real progress on climate mitigation and adaptation.