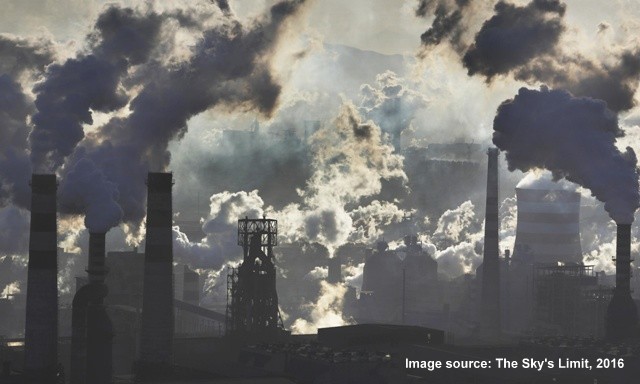 The compelling priority of the 2020s for humanity is the slashing of emissions. However, a flurry of recent Net-Zero 2050 announcements is “adding confusion and thereby distracting from the set of immediate cost-effective actions needed to cut emissions,” says David Keith, a Harvard climate scientist. This carbon removal hype is becoming a dangerous distraction according to the MIT Technology Review.

The key to keeping the warming of the planet well below 2ºC—the central premise of the Paris Agreement—lies first and foremost with the reduction of emissions.

Yet many countries and an increasing number of companies from the fossil fuel industry as well the finance sector—banks, pension funds—are making net-zero announcements that rely on carbon removal programs for their success. Commitments to reach net-zero by using carbon removal technologies simply ignore the fact that the main driver of the climate crisis is the burning of fossil fuels.

Carbon removal proponents are relying on several yet-to-be proven technologies as well as the more commonly known carbon capture and storage (CCS), tree planting, carbon offsets, reforestation and soil management. But none of these practices are true climate solutions and they are not without limitations. For example, CCS has many shortcomings.

CCS (Carbon Capture and Storage) — not a climate solution

A January 2021 report by the Tyndall Centre shows that “81% of carbon captured to date is used to extract more oil via the process of Enhanced Oil Recovery [EOR], and at this stage CCS planned deployment remains dominated by EOR.”

A 2017 UN report estimated that keeping the planet from heating past 2˚C will require removing 10 billion tons annually by 2050 and 20 billion by 2100.

As global emissions continue to spiral out of control—and since CO² will last for thousands of years in the atmosphere—”there’s little scientific dispute that massive amounts of it will have to be removed to prevent really dangerous levels of warming—or to bring the planet back to a safer climate,” reports MIT Technology Review.

The current global CCS capacity is only 39 megatonnes per year, about 0.1% of total annual emissions from fossil fuels, according the Tyndall Centre report.

The current options for such massive carbon-removal programs remain somewhat limited but this has not prevented a whirlwind of net-zero announcements that are both unrealistic and overly optimistic. The race to come to grips with the climate crisis will not be won through carbon removal which feeds the bogus expectation that we can continue to promote the growth of fossil fuels with impunity.

The challenge will be to strike the right balance between the removal of carbon from the atmosphere and the phasing out of fossil fuels over the next decades. Net-Zero 2050 will not be easy to accomplish due to the persistent propaganda by the fossil fuel sector that we can continue to burn oil, gas and coal as long as we remove the emissions they produce from the atmosphere.

Carbon removal must not become a substitute nor a distraction from the ultimate priority of eliminating emissions. The world needs aggressive climate policies and programs that focus on emissions cuts and accelerate the transition to a clean energy platform.

We must scrap fossils, not prop them up with false solutions.

ICYMI:
8 Key Components On The Pathway To Net-zero 2050
The Canadian Case for Border Carbon Adjustments