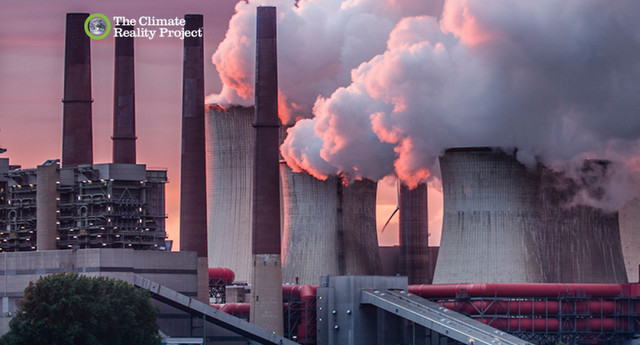 The IEA (International Energy Agency), the world’s most influential energy modelling agency, has produced its first ever future energy scenario “actually aligned with the full ambition of the Paris goals,” according to IOC’s Kelly Trout. The IEA model shows there’s  “no need for investment in new fossil fuel supply” in a net-zero 2050 pathway. The following post previously published in the Climate Reality blog shows 8 key components of a Paris-compliant Net-Zero 2050 pathway.

8 Components on Pathway to Net-Zero 2050

What does the road to a net-zero emissions global energy sector look like? According to the International Energy Agency, a little something like this.

This May, the International Energy Agency (IEA) released a groundbreaking report: “Net Zero by 2050”. It details over 400 clean energy milestones set across a variety of sectors, such as transportation, electricity, and buildings.

The purpose of these milestones? Charting year by year how the global energy sector could reach net-zero carbon emissions by 2050. That’s the clean energy goal IEA estimates would prevent warming beyond 1.5 degrees Celsius and, as a result, irreversible climate impacts.

Having little room for error over the next couple of decades, this roadmap to a clean energy future is immensely valuable. So, here’s eight key takeaways to consider in reaching net zero energy emissions by 2050.

1. HIT THE BRAKES ON FOSSIL FUELS

The report’s boldest, most urgent finding: no new unabated coal plants (“unabated” meaning without abating technology, such as carbon capture and storage) approved for production beginning 2021. That, and no more investment in new oil and natural gas projects.

The report goes on to suggest the phase out of unabated coal plants in advanced economies by 2030, and of all such coal and oil power plants by 2040.

2. GO ALL IN ON RENEWABLES, AND FAST

To stay on track, the annual pace of installations for solar panels and wind turbines worldwide would have to quadruple by 2030.

Assuming we see these changes, the report projects solar PV will be the world’s single largest source of energy by 2050. In total, having grown 20-fold compared to now.

3. GOVERNMENTS MUST LEAD THE WAY

Another can’t-miss takeaway from the report is the need for governments to play a leading role in catalyzing this shift toward clean energy. Businesses and individuals have a part to play, of course, but reaching these goals will take the all-hands-on-deck approach federal governments can mobilize better than any other sector.

And it’s not just the speed and scale of transition that we need government for. It’s also to ensure that this transition is a just and equitable one that doesn’t replicate the inequities and injustices of the fossil fuel economy. As the report clearly says: “Government support would almost certainly be needed to manage these transitions in a just, people‐centered way.”

In short, IEA’s message is crystal clear: governments must act boldly, and they must act now.

Here in the US, that makes passing measures like President Biden’s American Jobs Plan and a clean energy standard essential to shift our clean energy transition into high gear.

Running parts of the economy with cleanly-generated electricity instead of fossil fuels is a tried-and-tested tool for reducing emissions. Hence, IEA’s goal of reaching net-zero emissions electricity globally by 2040 makes a lot of sense.

By that point, electricity “should be well on its way to supplying almost half of total energy consumption,” increasingly powering buildings, industry, and transportation, among other sectors.

Notably, IEA anticipates solar PV and wind together accounting for nearly 70% of global electricity generation by 2050.

5. TRANSPORTATION: OUT WITH GAS, IN WITH ELECTRICITY AND HYDROGEN

In the report, electric vehicles would make up 60% of new car sales globally by 2030. Compare that to just 6% today.

By 2035, sales of new gasoline- and diesel-powered vehicles would end and more than half of new heavy trucks would be electric.

And by 2050, virtually all cars on the roads worldwide would either run on batteries or hydrogen.

Specifically, the term is used to describe a building that’s “highly energy efficient and either uses renewable energy directly, or  uses  an  energy  supply  that will be fully decarbonized by 2050, such as electricity…”

7. EXISTING TECH CAN TAKE US FAR, BUT MORE INNOVATION IS NEEDED

IEA’s pathway has most reductions in CO2 emissions up to 2030 coming from existing technologies. As the report points out, that’s because the clean energies needed to make the 2020s “the decade of massive clean energy expansion” are already as cheap or cheaper than their fossil fuel counter parts.

However, by 2050 almost half of charted CO2 emissions reductions come from technologies that, while known, are still in development. Big leaps in innovation are a must by 2030 to have these technologies ready by then.

8. A GREEN ECONOMY IS A STRONG ECONOMY

The report estimates that clean energy would lift global economic growth by 0.4 percentage points annually and create 14 million jobs in the 2020s. And by 2050, up to 30 million total jobs.

The best part? IEA models universal access to electricity by 2030. That’s compared to 786 million people without access to it today.

JOIN THE MOVEMENT FOR SOLUTIONS

In the report’s own words, “It is past time for governments to act, and act decisively to accelerate the clean energy transformation.”

We couldn’t agree more. The clock is ticking, and the time for real action from governments is now.

If you’re ready to help, join the Our Climate Moment campaign and activists in Climate Reality chapters across the US working to pressure Congress to seize this historic opportunity. Chances are, there’s a chapter in your community.

Alternatively, join our activist email list today. We’ll keep you posted on the latest developments in climate policy and what you can do to help solve the climate crisis!

ICYMI:
Climate Actions For Your Kids and Grandkids
Deaths From Fossil Fuel Pollution Much Worse Than COVID