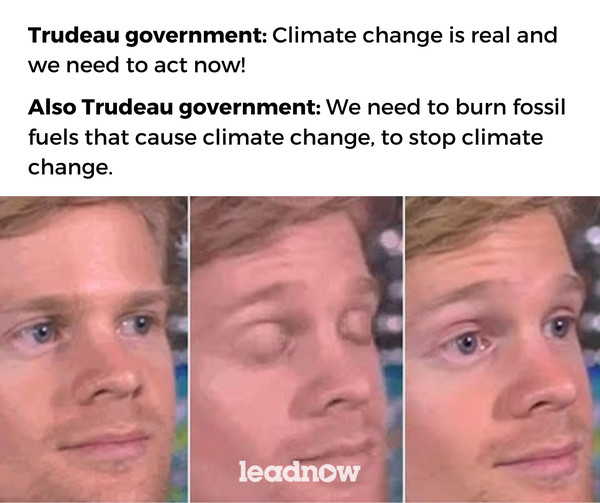 The latest IPCC climate change report is “code red for humanity” says UN Secretary General. The sobering report “shines a harsh spotlight on governments dithering in the face of mounting evidence that climate change is an existential threat,” according to Paris (AFP). And of course that would include our climate-dithering Canadian government.

“With respect Sir, (Minister of Environment and Climate Change Jonathan Wilkinson) how can your government push ahead with that project [Trans Mountain expansion] when it’s going to be twinning this pipeline that will increase the amount of oil from 300,000 barrels per day to 890,000 per day, and at the same time, agree with the UN Secretary-General when he says this report must sound the death knell for coal and fossil fuels,” asked Katie Simpson in an interview on CBC’s Power & Politics. Wilkinson’s response was that “Canada needs to ensure that … it’s extracting full value for its resources and using that money to push forward in terms of reducing emissions.”

In other words, Canada must maximize its fossil fuel revenues to fight climate change and transition to a clean-energy future.

To make such a statement on the same day the IPCC is sounding a global call for more ambitious and bold action on climate is an insult to Canadians who are concerned about the future of their children and grandchildren. It’s just plain insensitive and callous at best and politically dumb at worst.

Using that kind of logic, then Canada should buy a tobacco company and use its revenues to cure lung cancer.

Canada: A Model of Climate Denial in Action

“We are already seeing the effects of climate change across Canada, including more intense wildfires, heat waves and drought. There is nowhere — and no one — that will not be affected,” reported the CBC when the report was released.

Prime Minister Justin Trudeau responded to the report by tweeting that Canada is warming at twice the global rate. 350 Canada quickly replied that “climate delay is the new, more dangerous form of climate denial,” and “Trudeau is a master at it.”

Climate delay is the new, more dangerous form of climate denial. Trudeau is a master at it. Acknowledge the crisis is real, but keep on acting like it’s not. https://t.co/uDiLOMspGw

The NDP’s environment critic Laurel Collins called it “disingenuous” for the federal government to say it’s addressing climate change when it subsidizes the fossil fuel industry, reports the National Observer.

“One of the things I find most disturbing is that each time we get another clear report telling us that we are not on track, that our emissions are increasing rather than decreasing, the government comes out and says we are on track,” said Collins. “Since Justin Trudeau and the Liberals were elected in 2015, every year we’ve seen our greenhouse gas emissions increase, and we are the only G7 country where that is the case.”

This is not a drill….it’s a final warning! 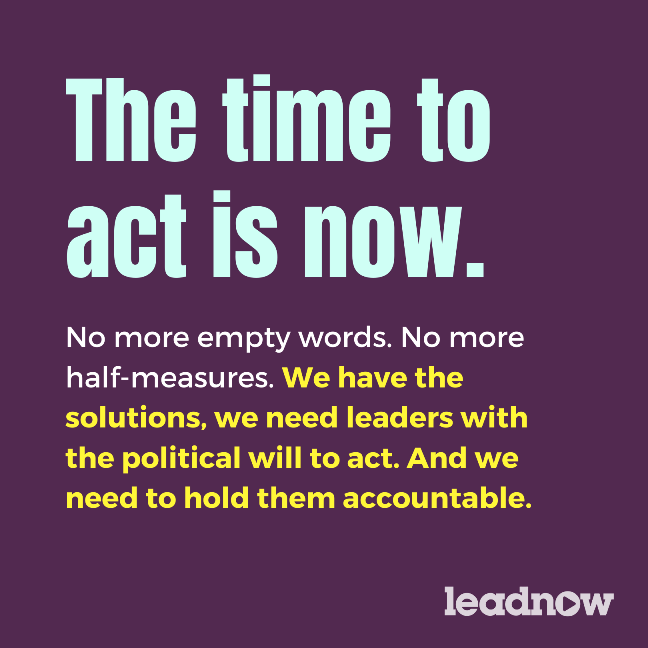 “The new IPCC report is not a drill but the final warning that the bubble of empty promises is about to burst,” said Saleemul Huq, director of the International Centre for Climate Change and Development in Dhaka. “It’s suicidal, and economically irrational to keep procrastinating.”

ICYMI:
Climate Action: Why Are We So Stuck?
Only Pretending To Be Climate Leaders
Climate Crisis at Our Doorstep: Call for Bold and Ambitious Action