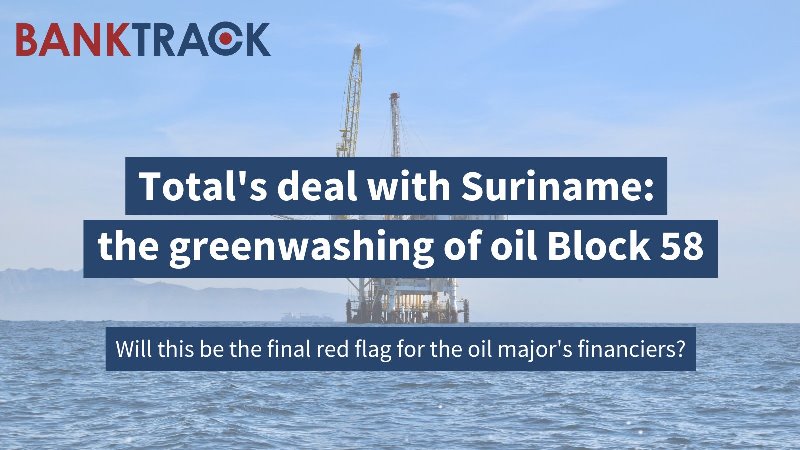 “Former Bank of England governor Mark Carney says carbon markets are booming. By 2030 they could reach a value of up to $100 billion…a huge leap from just $300 million in 2018,” reports Phys.Org. Many corporate polluters that have made Net-Zero commitments will be relying on carbon-offsetting to get carbon credits in exchange for reducing their emissions. Environmentalists warn that offsets are not a climate solution and don’t reduce emissions. Beware the greenwashing.

In this article, Maaike Beenes, Climate Team Coordinator at BankTrack, exposes the greenwashing of Block 58 in Suriname. The piece was first published in the BankTrack blog.

On the Monday following the COP26 climate summit in Glasgow, an announcement came out of Paramaribo, Suriname, that went largely unnoticed in the rest of the world. The government of Suriname signed an agreement with oil major TotalEnergies, under which the company will pay US$ 50 million to the South American country in return for carbon credits — compensation for expected CO2 emissions in the coming years as TotalEnergies develops offshore oil and gas reserves.

As climate scientists and the International Energy Agency warn that there can be no further expansion of fossil fuels, this looks like an effort by TotalEnergies to greenwash its oil and gas exploration project off the coast of Suriname. But paying a “high forest/low deforestation” (HFLD) country like Suriname to maintain its forest cover can never compensate for the climate impact caused by the exploration and development of new oil and gas, and Total’s attempt to do so should raise major red flags with banks and investors.

TotalEnergies is exploring for oil and gas in a concession called Block 58, offshore in the Guyana-Suriname Basin. Together with its joint venture partner, Apache Corporation,  it has said it expects to start selling oil and gas from the basin in 2025.

Expansion of fossil fuel supply is in direct conflict with the 1.5-degree target of the Paris Climate Agreement. As Oil Change International and others have argued since at least 2016, and as the International Energy Agency confirmed in 2021, there is no room for new fossil fuels if the world is to meet this target. Currently developed fossil fuel reserves already contain two times the remaining carbon budget that we have still left before we hit 1.5 degrees.

Apart from being completely out of line with the Paris Agreement, TotalEnergies’ carbon credit scheme in Suriname is also an extremely questionable practice from the perspective of forest protection. The government of Suriname has said it will use the US$ 50 million to strengthen institutions that help maintain and protect the country’s forests. In essence, the deal will try to avoid potential future deforestation as a way of compensating for planned emissions from extracting and burning oil.

As Friends of the Earth International recently explained, carbon markets reduce the incredible diversity of the planet’s forests, grasslands and wetlands to a commodity that will be traded, and in the process triggering a massive new resource grab from Indigenous Peoples, peasants and local communities, mainly in the global South.

Finally, it is unclear how much, if any, forest will genuinely be saved as part of this deal. All in all, this deal looks more like a way for the company to buy itself a social license to operate rather than a genuine effort on the part of TotalEnergies to reduce its climate impact.

Banks should rule out financing for fossil fuel expansion

Our 2021 Banking on Climate Chaos report showed that since the Paris Agreement was signed in 2015, TotalEnergies received over US$ 39 billion from 26 banks, with Crédit Agricole (France), BNP Paribas (France) and Barclays (United Kingdom) as the company’s biggest financiers. In turn, 15 banks provided US$ 8.5 billion in financing to the US oil exploration company Apache Corp, with the biggest financiers being Toronto-Dominion Bank (Canada), JPMorgan Chase (United States) and HSBC (United Kingdom).

The case of Suriname’s Block 58 exploration shows exactly why banks should immediately adopt policies ruling out financing for companies and projects expanding fossil fuels. Of the biggest financiers of Total and Apache Corp, none have in place policies to limit financing for companies that expand oil and gas. BNP Paribas conducts “enhanced due diligence” regarding “projects in deep waters” and Morgan Stanley does so for “ultra deepwater” drilling projects, but there are no restrictions in place for financing offshore projects and companies by any of these nine banks.

At the same time, all of these banks have joined the Net Zero Banking Alliance (NZBA, part of the Glasgow Financial Alliance for Net Zero, GFANZ) and committed to net zero financed emissions by 2050. In doing so, these banks have all accepted the GFANZ’s Race to Zero criteria, which require commitments to halff emissions by 2030 to limit global warming to 1.5°C. But while the recent fact sheet from GFANZ and the Race to Zero states that “accelerating the phase-out of fossil fuels is essential for achieving the goals of the Paris Agreement”, the NZBA has so far failed to make concrete commitments to immediately address fossil fuel financing of participating banks.

When will banks walk the talk?

Suriname’s Block 58 exploration is only one example of Total’s reckless fossil fuel expansion plans – it is also rushing to develop new oil fields in Uganda, alongside the deeply divisive East African Crude Oil Pipeline, which many of its own largest financiers have refused to fund.

These projects show why it’s high time for banks to put their money where their mouth is, and make sure their finance actually supports a real “race to zero”. A clear first step must be to immediately stop financing the expansion of fossil fuels. In addition, banks should set clear deadlines for their clients to adopt transition plans to phase out fossil fuels in line with what is required to limit global warming to 1.5C. Companies that fail to adopt such transition plans, as is clearly the case for TotalEnergies and all other oil majors, should no longer be eligible for financing.

As Suriname’s President Santokhi explained when he addressed the COP in Glasgow this month: with the world’s richest countries failing to deliver on their promises for climate finance for developing countries, Suriname is faced with the dilemma of how to reduce its emissions further without delaying its social and economic development. That makes this transaction with TotalEnergies all the more tragic: as rich countries fail to deliver on their obligations to reduce emissions and provide climate and mitigation finance, a country that will be impacted severely by the consequences of climate change now finds itself in bed with an oil giant.

Maaike Beenes joined BankTrack as a Climate Campaigner in November 2020. She is a determined advocate for a green, feminist and anti-racist future. Maaike has a background in political science and international relations. Before joining BankTrack, she worked for peace organisation PAX, where she was part of several international coalitions working on disarmament issues and worked to hold financial institutions accountable for their investments in nuclear and other controversial weapons. 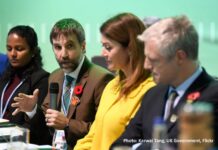 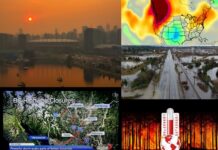 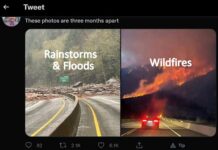