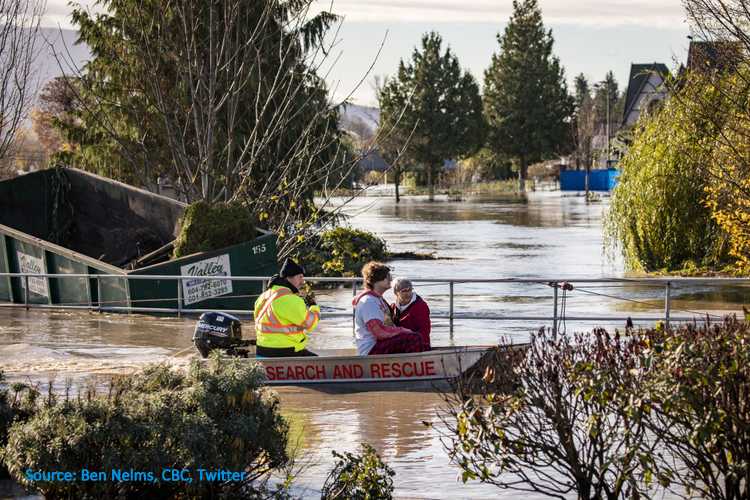 In his recent Tyee piece about the climate destruction happening in real time in British Columbia, Andrew Nikiforuk writes “that our overly complex and intertwined systems have been stretched too far.” Our political leaders seem slow to respond to the irrefutable reality that we are in a climate crisis. “But denial is our society’s most politically powerful drug after Fentanyl and Netflix,” mocks Nikiforuk.

Delay is the New Denial

Although world leaders can all agree that humanity is facing an existential climate crisis, there is still a yawning gap between the collective action that is required and what transpired at the recent COP26 in Glasgow. COP President Alok Sharma began the summit with the warning that “lights are flashing red on the climate change dashboard.” And yet after two weeks of intense climate negotiations, COP ended with the 1.5°C goal “on life support” according to UN Secretary-General Antonio Guterres.

In British Columbia, it took a full three days of flooding and landslides before Premier Horgan declared a state of emergency. “When it comes to pandemics, warming oceans, old-growth logging, tyrannical technologies and other existential threats, our political class must understand that all are connected,” writes Nikiforuk. We are now in a new era of climate change that demands that our political leaders adopt what he calls “these seven transformative truths” You must read the full article here in the Tyee.

Read the full article here in the Tyee.

Kicking the can down the road to COP27

The promises of action embedded in the COP26 Glasgow Pact may provide temporary soothing and possibly a feeling of hope but the declaration fails to address the scale and the urgency of the problem. Words like adaptation finance, Paris rulebook, mitigation ambition, beyond oil and gas, loss and damage, nationally determined contributions, carbon capture, resilience, capacity building, powering past coal, enhanced transparency framework, climate empowerment, among others, provide plenty of familiar rhetoric while the planet continues to burn. And so, we kick the can down the road to COP27 less than one year away.