Below 2C
Home Environment Plastics Plastic Is The New Coal 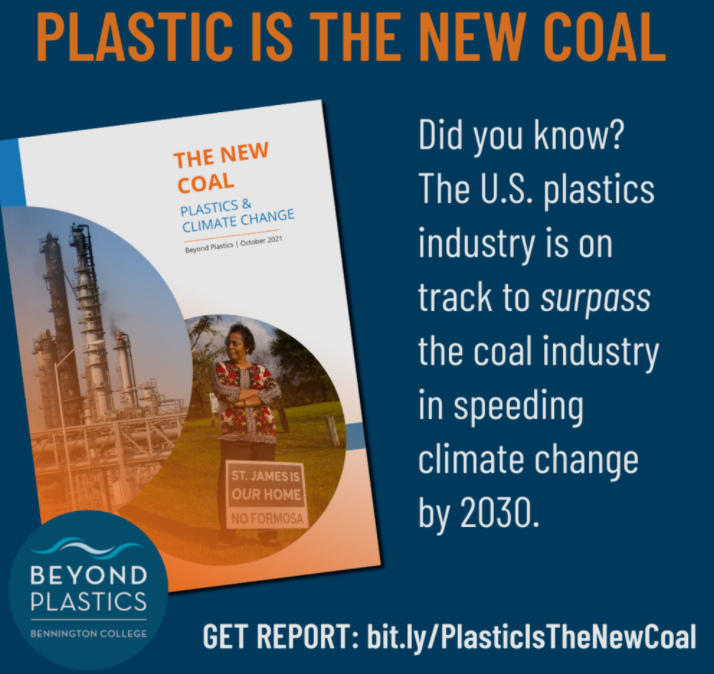 “If plastic were a country, it would be the world’s fifth largest greenhouse emitter, beating out all but China, the U.S., India and Russia,” writes Judith Enck, President of Beyond Plastics in an October press release. The plastics industry is currently on track to release more GHGs than coal plants in the U.S. by 2030 according to the The New Coal: Plastics and Climate Change report. Plastic is fast becoming the new coal.

Plastic is the New Coal

“The scale of the plastics industry’s greenhouse gas emissions is staggering, but it’s equally concerning that few people in government or in the business community are even talking about it. That must change quickly if we hope to remain within the 1.5°C global temperature increase scientists have pinpointed as critical to avoiding the most devastating impacts of climate change.”  — Judith Enck

(For a more detailed summary of the findings, click here.)

(The facts are in the news release and the full report.)

Plastic pollution has become one of the most pressing issues of our time. “Big Oil” is doubling down on plastic production as the world begins to shift to a low-carbon future. “By 2050 there will be more plastic than fish in the oceans. It’s an environmental crisis that’s been in the making for nearly 70 years. Plastic pollution is now considered one of the largest environmental threats facing humans and animals globally.” — The Plastic Problem, PBS News Hour Documentary.

ICYMI:
Oil and Gas Industry Doubling Down on Plastic Production
Financial Institutions Are Bankrolling Plastics
Discover the Toxicity of Plastics Recycling
The Future of the Oil Industry is Not in Plastics