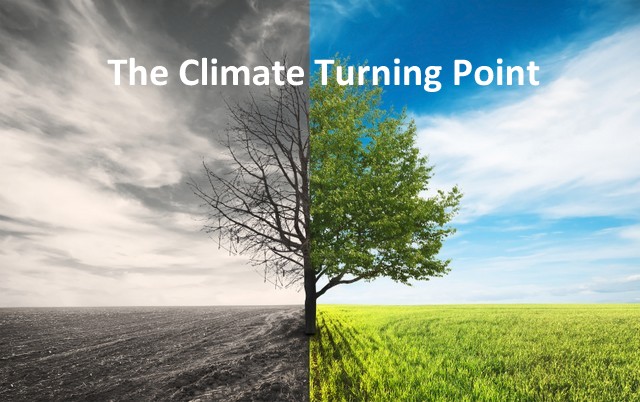 As a member of the Citizens’ Climate Lobby Canada (National Capital Region Chapter), I’m pleased to post a news release prepared by CCL Canada’s National Director, Cathy Orlando. The release highlights that we have reached a climate turning point. It is becoming impossible to remain oblivious and passive against the backdrop of disasters worldwide magnified by a changing climate.

Now that the lazy days of summer have gone, it’s time to get back to “work”. Kids return to their schools, parents resume their normal routines and even climate advocates like myself come back to the bitter realities of climate change after taking some time to re-energize.

Our world is now in the early stages of a climate crisis. The choices we make in the next few years will determine firstly how we mitigate against the most severe impacts of climate change and, secondly, if we can adapt to life on a rapidly and alarmingly warming planet. Because, we are at a climate turning point.

CCL News Release:
It’s that time of year again: back to school. New for schools from the Canadian government is the climatekids.ca website. As the Crosby, Stills, and Nash song says, “Children, teach your parents well.” The song also encourages parents to teach their children too.

Adults should note that we are at a climate turning point. In June 2017, the world’s leading climate analysts warned that we only have three years left to safeguard our climate. The good news is that it is still possible to meet the Paris temperature goals if emissions begin to fall by 2020 (see ‘Carbon crunch’).

However, here in Canada, our current greenhouse gas emission targets put forth by the Trudeau government are the same woefully inadequate targets that were set by the previous government. 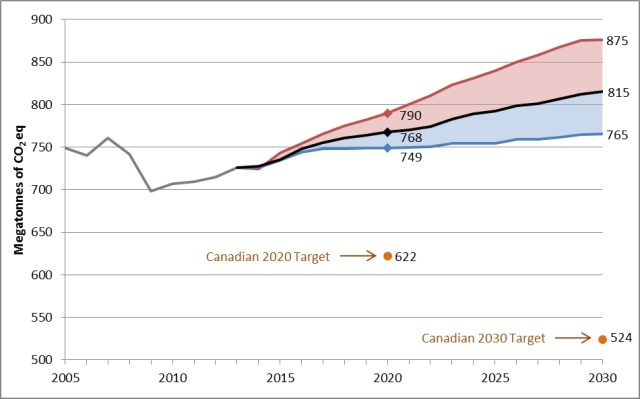 Source: Ministry of the Environment and Climate Change

Additionally, it is doubtful Canada will meet those targets unless collectively we have the moral courage to strengthen our current climate policies.

Children will someday look back at the summer of 2017 and it will be obvious that it was filled with climate wake-up calls. British Columbia is suffering from its worst wildfire season on record. Windsor, Ontario is currently dealing with the worst flooding in their history. Tropical Storm Harvey is set to be the costliest natural disaster in the history of the United States. The Lucifer heat wave baked much of Europe. Nepal, Bangladesh, and India have been devastated with a severe monsoon season, with 41 million people affected, a third of Bangladesh underwater, and at least 1400 people killed.

The Children Are Watching

“What do you want future generations to say about what you did at this critical time in history?” asks Cathy Orlando, National Director of Citizens’ Climate Lobby Canada. “The children are watching.  What we do in the next three years is going to determine their future. One critical thing Canada needs is a more robust carbon pricing policy than we currently have.”

“A continually rising fee on carbon pollution rising past 2022 to at least 2030 at $150 a tonne, applied upstream, and with 100 percent of dividends returned to Canadians offers an effective solution to reduce greenhouse gas emissions while stimulating important rising sectors in our economy – such as clean energy, which employs tens of thousands of Canadians, 20 percent of whom are under the age of 30.”

Canada’s current climate policies are a good start. It is now up to the opposition parties to strengthen these policies. There are numerous opportunities for Canadian adults to create the political will for a more effective national carbon price this fall.

The Conservative Party of Canada is in the process of determining the policies for which they will campaign on during election 2019. The New Democratic Party of Canada is currently selecting a leader and thereafter they too will solidify their 2019 election platform. Also, the Progressive Conservative Party of Ontario is finalizing the details of their carbon pricing policy at their policy convention this fall in the lead-up to the June 2018 Ontario election.

Only 2% of Canadians belong to political parties. Political stripes aside, these political events provide an opportunity for Canadian citizens to empower political leaders to choose the best climate policies.

Political parties should note that according to a recent Abacus report, by 2019, all Millennials – those born between 1980 and 2000 – will be eligible to vote. For the first time in decades, Baby Boomers won’t make up the largest electorate in 2019. It will be Millennials, who are now the largest generation in Canada, comprising more than 25 percent of the population.

According to Abacus, younger, more progressive voters are focusing on issues of education, jobs, and the environment. In the 2015 study, ‘Canadian Politics: A Generational Divide?,’ Bruce Anderson and David Coletto found that 84 percent of Millennials claim they are not firm on their vote, with about 50 percent saying they have a minor leaning towards one party.

A political party that fails to offer compelling solutions to solve the climate crisis will be hard pressed to impress this vital demographic.

Finally, for Canadians looking to bring their concerns directly to their Members of Parliament, they should consider attending Citizens’ Climate Lobby Canada’s  fourth national conference and lobbying days on October 21st to 24th in Ottawa, ON. The guest speakers and lobbying experiences will provide attendees with a climate education of a lifetime.