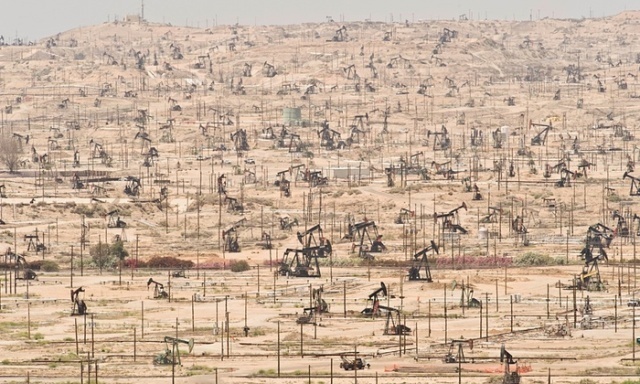 I worry that one of the leading causes of global warming, the world’s exploding population, was largely ignored at the recent climate talks leading up to the Paris Agreement. World leaders seem oblivious to this problem preferring instead to focus on the economic growth and development required to support ever-increasing numbers of people.

In the coming months, I will be posting articles about overpopulation, overdevelopment and overshoot. I’m inspired in my work with Global Population Speakout; I’m a ‘book champion’, ‘campaign activist’ and ‘campaign friend’.  (Rolly Montpellier ~ Managing Editor, Below2°C).

Can you think of any problem in any area of human endeavor on any scale, from microscopic to global, whose long-term solution is in any demonstrable way aided, assisted, or advanced by further increases in population, locally, nationally, or globally. ~ Albert Bartlett

Albert Bartlett, a professor of physics at the University of Colorado, regarded the phrase “sustainable growth ‘ as an oxymoron because even modest annual population growth will inevitably represent a huge exponential growth over sustained periods of time. He believed that human overpopulation  human overpopulation would become “The Greatest Challenge” facing humanity. He was right. The following video and parable illustrate how and why this has become a reality.

Lord Man – The Call of More

In the beginning the world was whole, and beauty prevailed…
Life begetting life, until the waters, then the lands, were filled with creatures.
Myriad were their languages, from the nearly imperceptible song of moss to the bugling of elk.
Whales performed their symphonies in the deep. The sounds of life were everywhere.
Life pulsed and contracted and flourished through the ages.
Eventually, a being appeared who learned to speak and count. For millennia he lived well among his wild kin.
But as his cleverness grew, so did his ambitions, until the day he declared himself ruler of all.

Believing this self-deception that his kind was sovereign over the others, he taught his children that the Earth had been made for Man’s use and profit.
He no longer recognized his neighbors in the community of life, instead calling them “natural resources.”
His work he named “progress.”
The old religions, which had long tied the human tribe to the other creatures in a circle of reciprocity, were forgotten.
Feigning himself Lord Man, he grew ever-more clever. He learned to gather and burn fossil fuels made by ancient geological forces.
Praise was sung incessantly to the new god: Growth.

His numbers became multitudes.
As the multitudes spread across the face of the Earth, the songs of the other creatures grew fewer and fainter.
Many voices went permanently quiet, replaced by the sounds of machines – digging, churning, scarring the land, and driving the whales crazy with their noise.
Every day the Earth grew poorer – transformed, bit by bit, by Lord Man’s numbers and actions.

The seas were emptied of fish and filled with garbage.
The trees were replaced by bleeding stumps.
The prairies were transformed into feeding factories for the ever-expanding human masses.
Smokestacks darkened the skies.
No place was sacred, no landscape safe from the insatiable creature’s thirst for more energy to serve his God of Growth.
Lord Man tamed rivers, split atoms, decapitated mountains, and stabbed the Earth everywhere he thought a vein of fuel lay hidden.
When the feverish Earth cried out, sending furies to communicate her distress, Lord Man ignored the growing sickness until it could no long be denied.

Slowly, the scales began to fall from his eyes when he saw famine ravage the land.
When he saw precious sources of freshwater disappear.
When the longing that gnawed on his spirit made him recall so many creatures that had passed into oblivion.
Seeing the effects of his hubris, he began to wonder of his empire was secure.

His delusion weakened just enough to reveal the choice before him: Two paths, one leading to an abundant Earth, filled with birdsong; the other – the way of Growth – offered riches for some, misery for many, and ultimate destruction of all his tribe.

Would he restrain his numbers and rejoin the community of life as plain member and citizen?

Or attempt to engineer all the Earth to his will, heeding only the call of more?

Source: Images and content from the book Overdevelopment, Overpopulation Overshoot which speaks to how man once lived peacefully with all of the Earth’s beauty but has quickly taken-for-granted all the resources and animals causing great environmental and sustainability issues.