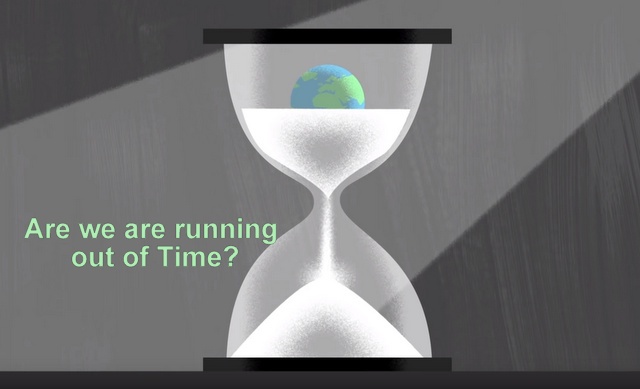 Writing in the National Observer, Graham Saul asks two important questions: Why is the world so slow to realize that we are facing a life-threatening planetary crisis? And what would it take to galvanize us into action? Graham is a Metcalf Innovation Fellow and the Executive Director of Nature Canada. His recent paper challenges us to identify what we climate activists and environmentalists are fighting for. We all know the stakes could not be higher.

Stuck Between Fear and Hope

In his interview on The Agenda, Graham Saul talks about the importance of how the climate story gets told. The lack of moral and ethical clarity in our attempt to solve climate change leaves us stuck between fear and hope.

(The following section from Graham Saul’s groundbreaking paper, Environmentalists, What Are We Fighting For? is reproduced with his permission ~ Editor’s note)

The Stakes Could Not Be Higher

Humanity is extracting resources and converting forests, grasslands, and wetlands into farms and urban areas at an alarming rate. We are undermining our rivers, lakes, and oceans by diverting freshwater for human use and dumping massive amounts of chemicals like nitrogen and phosphorus into our waterways. We are also releasing a cocktail of toxic contaminants into the environment on a daily basis without fully understanding the impact they have on the health of humans and ecosystems.

To make matters worse, climate change is no longer a distant threat. It is happening today. As the Union of Concerned Scientists—a non-profit science advocacy organization based in the United States—points out, we are already witnessing rising seas, heavier precipitation, and increased flooding. Some areas are experiencing more severe droughts, increased pressure on groundwater supplies, and longer and more damaging wildfire seasons. Plant and animal ranges are shifting, coral reefs are dying, hurricanes are becoming more severe, oceans are acidifying, and heat waves and other extreme weather events are more frequent and intense.

Climate change is already killing people, destroying and displacing communities, undermining food security, sparking conflict and human migration, and spreading disease. But the sad truth is we have barely begun to witness the scale of the catastrophe that we will be facing if we continue on the trajectory we are on today.

In 2009, the prestigious health journal The Lancet argued “climate change is the biggest global health threat of the twenty-first century.” Unless action is taken to reverse the trends, climate change will “put the lives and wellbeing of billions of people at increased risk,” especially the poorest people in the world.

The ongoing work of The Lancet and other global health agencies, such as the World Health Organization, is a reminder that climate change, much like many other aspects of the environmental crisis, is inherently a social justice issue. While a relatively small and wealthy percentage of humanity is disproportionately responsible for fuelling global warming, it is the world’s more impoverished communities that are most likely to suffer. In other words, those least responsible for creating the problem are most likely to lose their lives and livelihoods as the situation grows worse.

But the environmental crisis also raises important ethical questions about our obligations to the rest of life on Earth.

Humanity is driving species to extinction at 1,000 to 10,000 times the pre-human or normal background rate. Dozens of species are going extinct every day. Yet the extinction rate alone fails to capture the extent of the “biological annihilation” that the planet is experiencing.

A recent paper in the Proceedings of the National Academy of Sciences of the United States of America, suggests that populations of species that we thought were relatively common are crashing in ways that we are only now beginning to understand.

We may or may not have already entered the sixth mass extinction, but there is no question that we are presiding over what science writer Peter Brannen calls a “hollowing out of wildlife itself.” Vertebrates, including mammals, birds, fish, amphibians, and reptiles have decreased in abundance by as much as 50 percent since 1970. We now live in a kind of “Frankenstein biosphere” of our own making. As Brannen points out, “until very recently, all vertebrate life on the planet was wildlife. Today, astoundingly, wildlife accounts for only 3 percent of earth’s land animals; human beings, our livestock, and our pets take up the remaining 97 percent of the biomass.”

While it is true that humanity is beginning to grapple with some of the ethical questions associated with mass extinction and our treatment of other species, we are really only scratching the surface of this discussion. Despite our rhetoric and a promising patchwork of inconsistently applied legislation, we still tend to treat most species as though they are essentially our property. We all too often behave as though we are free to brutalize and/or drive them to extinction at our own discretion.

We are also just beginning to appreciate the inter-generational justice issues that emerge from the environmental crisis. Climate change and other environmental problems have obvious implications for our children and grandchildren. They are the ones who will suffer the consequences of any environmental issues we fail to address. Do we have obligations to avoid harm to future generations? Will our grandchildren look back with moral outrage that we ignored predictable and avoidable threats?

It is tempting to view this kaleidoscope of problems as nothing but doom and gloom, but that is not at all the case. The environmental movement has exploded in its size and complexity. Hundreds of millions of people around the world are engaged in their own small way in promoting healthy communities, defending and restoring land, water, and other species, and helping usher in a clean energy revolution. People are beginning to recognize that these problems and injustices are as serious, predictable, and avoidable as any problem that we have ever faced. And this explains why the environmental movement has emerged as one of history’s defining social movements.

While there are aspects of the environmental crisis that are genuinely unprecedented, this is not the first time that humanity has been called on to rise above its worst instincts, acknowledge a grave injustice, and address an ongoing disaster. We have made important progress over the past 200 years in working to overcome injustices like slavery, sexism, and racism that have plagued civilization since its inception, and we can learn a lot from the social movements that led the way on these issues. Environmentalists should not forget to look to the past for lessons on how best to lead the way into the future.