Below 2C
Home Socio-Politico Health If You Eat Well, You’re Acting on Climate 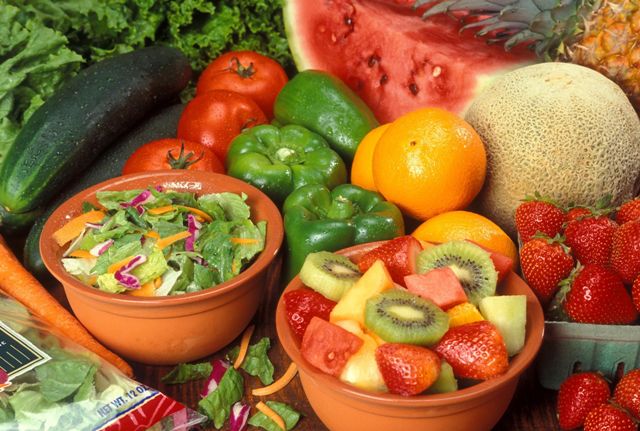 Many environmentally and socially conscious people feel overwhelmed right now. How can they counteract a host of problems, including climate disruption, species extinction, water depletion, soil loss, deforestation, toxic chemicals, chronic disease, stress, food insecurity, corruption, and violence? They may not know where to begin.

Here’s good news: Food offers us a powerful entry point. By making informed choices about food, we can address an array of challenges — small and large, personal and global. We fit into the web of life through the food we choose to eat. Over time, the impacts of our daily food choices — good or bad — become significant.

If You Eat Well, You’re Acting on Climate

Food production uses 40 percent of the Earth’s land surface and 69 percent of the world’s freshwater withdrawals. It has a massive impact on our planet and economies.

Many of us treat food as just a source of calories and entertainment, with its delectable tastes and textures, opportunities to socialize and relax, and dopamine releases. We often don’t know where our food comes from, what it takes to get it to us, or the impacts that it generates along the way. We don’t fully appreciate that our body, including our brain, is made of the food we eat. Scientists recently discovered that food can turn genes on and off and, in so doing, alter our weight, blood pressure, blood cholesterol, cancer growth, and even our chances of healthy aging.

Homo sapiens took up agriculture only 12,000 years ago, after hundreds of thousands of years of hunting and gathering. In the US and elsewhere, agriculture has become increasingly mechanized and focused on large-scale monocultures, pushing small farmers out of business. Recently, our food practices have become life threatening and unsustainable. Let’s review some of the problems and attainable solutions.

To add nutrients to the soil, many farmers apply soluble synthetic fertilizers, which readily contaminate groundwater and surface water and, among other effects, create oxygen-depleted “dead zones” at the mouths of rivers. These zones, some as large as the State of New Jersey, reduce our seafood supply. Synthetic fertilizers also can contain toxic metals such as lead, arsenic, and cadmium. 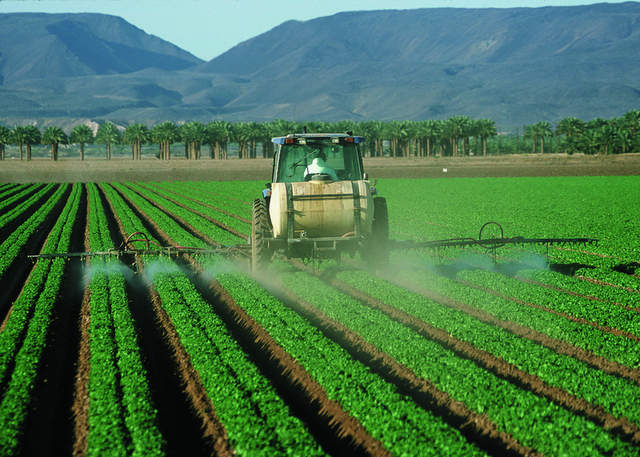 Things really got crazy after World War II as we industrialized agriculture. The use of pesticides, many closely related to nerve gases designed to kill people, ramped up dramatically. We routinely contaminate our food with toxic pesticides applied to farm fields in a futile effort to kill insects, weeds, and other species we don’t want. We end up with pesticide-resistant superbugs and superweeds, environmental contamination, and the death of organisms we like and utterly rely on, such as humans and bees, butterflies, birds, and other pollinators that sustain our food supply.

Dr. Paul Winchester, MD, medical director of the neonatal and intensive care unit at the St. Francis Hospital in Indianapolis, Indiana, researches links between pesticides commonly found in food and rising levels of chronic disease and neurodevelopmental problems in children. Winchester is outraged at the corporate and governmental cover-up, saying of the dangers of pesticides, “People think global warming is the biggest threat, but it’s not. This is.”

Industrial agricultural methods erode soil at alarming rates. All the world’s topsoil could be gone in 60 years if current degradation rates continue. In not returning more organic matter to soils, industrial farming reduces soils’ water-holding capacity, making crops less drought resistant and increasing the amount of watering needed. Over-pumping of aquifers in a “race to the bottom” for irrigation water threatens the world’s food security. Contrary to industry propaganda claiming that the only way to feed the world is through industrial agriculture, a United Nations report titled “Wake Up Before It’s Too Late” argues that organic growing is the only way to feed the world sustainably.

As much as one-third of human-induced global greenhouse gas emissions come from agriculture, and livestock accounts for about half of that. Industrial agriculture releases more greenhouse gases than organic agriculture does. Sources of greenhouse gases include (but are not limited to) carbon loss from soils and petroleum burned in tilling; watering; and producing and applying synthetic fertilizers and pesticides. By contrast, organic and “regenerative” agriculture can take carbon out of the atmosphere and store it in the soil, helping to reverse climate change.

Crop diversity is declining at a time when resilience of the global food supply to climate change calls for increased diversity. Some 75 percent of the world’s agricultural plant genetic diversity has been lost since the 1900s. The use of pesticides and the loss of forest cover, coastal wetlands, and wild uncultivated areas for farmland kill off other species. Even the biodiversity within humans is declining. Microorganisms living in and on our body, our “microbiome,” outnumber our human cells by a factor of 10 to 1, and their genes outnumber our human genes 100 to 1. According to Deepak Chopra, MD, “30 percent of the microbiome has disappeared in many parts of the industrialized world because of pesticides and organocides and petroleum products in industrial food production. This is a big, big threat to our civilization right now … we are destroying the microbiome, which is most of our genetic information.”

On industrial farms we cram animals inside wretched buildings, dosing them with drugs, hormones, antibiotics, pesticide-contaminated food, and junk food. In the US, 80 percent of antibiotics are given to farm animals. The World Health Organization calls antibiotic resistance “one of the biggest threats to global health, food security, and development today.” Wastes from “confined animal feeding operations” contaminate surface water and groundwater.

We refine whole plants into specific components such as sugar and white flour, which are highly addictive. The average American consumes 152 pounds of sugar and 133 pounds of flour each year. Food companies add synthetic ingredients to food to preserve freshness, improve attractiveness, and otherwise help their bottom line. More than half of Americans’ calories come from “ultra-processed foods,” leaving consumers overfed and undernourished. Joel Fuhrman, MD, writes, “Addiction to fast food is likely the most far-reaching and destructive influence on our population today.” To maximize sales and profits, food companies don’t tell us about everything in our food, such as (in the US) genetically modified organisms.

Our industrial food is costing us lives and quality of life. Diseases linked to unhealthy diet and lifestyle choices are the leading causes of death in the US. A diet that is more plant based may help prevent, treat, or reverse every single one of the fifteen leading causes of death in the US: heart disease, lung disease, medical care (seriously!), brain disease, digestive cancer, infection, diabetes, high blood pressure, liver disease, blood cancer, kidney disease, breast cancer, suicide, prostate cancer, and Parkinson’s disease. Further, industrially produced food damages our minds. Unhealthy diets are linked to depression, which is the largest cause of disability worldwide, according to the World Health Organization. Two-thirds of American adults are overweight or obese, and as weight goes up, brain size and function go down.

When we’re sick, we feel crummy because our bodies deploy finite resources to fight illness rather than to fuel our activities and make feel-good chemicals. In addition, more than one-third of Americans are taking medications that can cause depression. People who are overweight are twice as likely to become depressed and anxious and suffer from other mental health problems. People often feel happier after improving their diets.

Corporate profits take priority over our health because the food industry has “captured” agencies, or portions of agencies, that are supposed to regulate industry. Executives from the food industry fill key agency roles and create policies favorable to industry, and then they go back “through the revolving door” to private-sector jobs to cash in. Captured regulatory agencies protect corporations from people instead of the other way around. Corporate influence over our government is further facilitated by the Citizens United Supreme Court decision allowing unlimited and secret political campaign contributions, and massive taxpayer-funded agricultural subsidies ensure that junk food is cheap and plentiful. We don’t hear more about the biggest driver of disease and health-care costs — food — because “mum’s the word” for politicians receiving campaign contributions and commercial media receiving advertising dollars from the food industry.

In the US, a growing percentage of our gross domestic product (GDP) is being spent to mop up after our bad diet. In 1960, health care was 5 percent of GDP. This year, health care is 18.8 percent of GDP. While our medical system excels at acute care, so far it has not done well with treating chronic disease. Chronic disease accounts for approximately 75 percent of US health care spending, or an estimated $5,300 per person per year. Despite spending more per capita on health care compared with other high-income countries, US health care outcomes and life expectancy are worse. Our profitability and competitiveness are reduced from lost work and school time due to illness and suboptimal functioning of our brains and bodies.

In addition to health, environmental, and economic national security threats, the US faces a “looming national security crisis” because nearly one-third of young Americans are too overweight for military service, and the obesity problem is only getting worse. In addition, the link between nutritional deficiencies and violence is well documented. Competition over scarce resources such as food or water can likewise lead to conflict.

Each of Us Can Help

Most doctors and nutritional experts do not coach their patients to eat more sugar, refined food, synthetic chemicals, and neurotoxins. Most of them advise us to eat more plants and whole foods and less junk.

We can do a few simple, essential things to help solve the problems described in this article.

Collectively, We Can Help

Individual actions are huge, but we also need to change the institutions and policies that prop up our dangerous industrial food system. We can elect enlightened politicians and pressure them and other government officials to take actions like these:

We sometimes forget we’re animals, and we delude ourselves that our “advanced” way of life lifts us above the physical plane of existence. Food lays the foundation for our lives, and it connects us to our world — to people, soil, water, air, plants, animals, and the climate, as well as to our economy, society, culture, and government. One of the best things we can do for ourselves and our world is to eat well. Our resulting enhanced health, happiness, energy, optimism, intelligence, and wealth will enable us to get more done and have more fun. Through individual and collective efforts around food, we — and future generations — can eat better and live better.

Yikes! Who knew so much was riding on what’s for dinner?

The article was first published on Medium.

Other Moyer articles…
Let’s Talk About the Cow, Pig, Chicken, Sheep in the Room
Limiting Beliefs Damage Our Environment, Health and Future