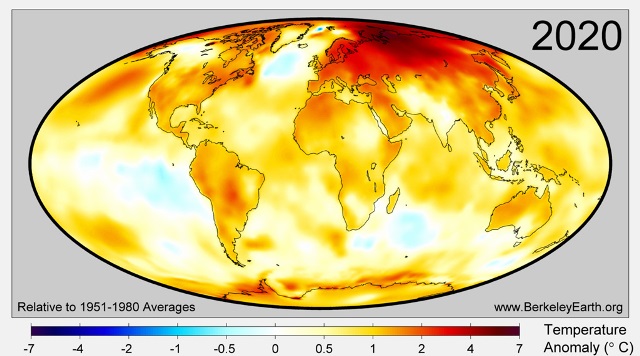 The climate data is in and shows that 2020 was the warmest year on record tied with 2016. Carbon Brief explains why the year “proved to be so remarkable across the planet’s oceans, atmosphere, cryosphere and surface.” 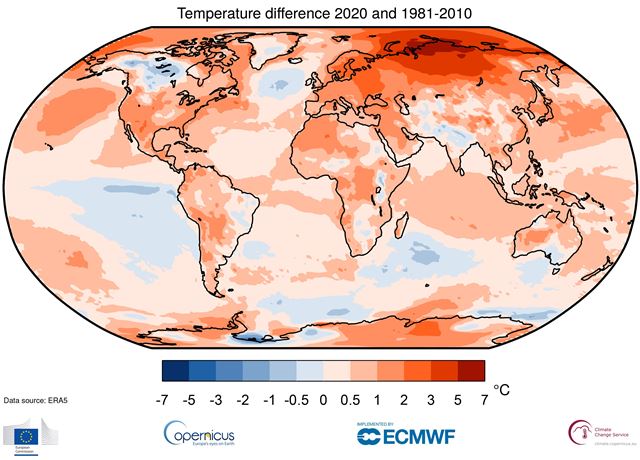 A large number of records were set during 2020: (source: Carbon Brief)

“The climate crisis continued unabated in 2020…Only 2016 matched the heat in 2020, but that year saw a natural El Niño climate event which boosts temperatures. Without that it is likely 2020 would have been the outright hottest year,” says The Guardian. 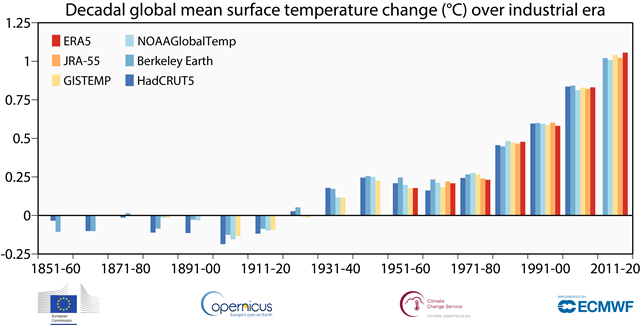 The past 6 years were the hottest six on record. And in 2020, the Arctic and Siberia witnessed extremes in temperature rise from 3C-6C higher than the average. Europe experienced its hottest year also—1.6C above the long-term average.

“The human-caused buildup of CO2 in the atmosphere is accelerating,” said Prof Richard Betts at the Met Office. “It took over 200 years for levels to increase by 25%, but now just over 30 years later we are approaching a 50% increase. Global emissions will need to be brought down to net zero within about the next 30 years if global warming is to be limited to 1.5C.” — The Guardian

“The basic reason why the planet is experiencing record heat is the result of record high levels of carbon dioxide (CO2) in the atmosphere. By the end of 2021 we’ll have added 50% more CO2 to the atmosphere than there was before wide spread use of coal 175 years ago. Increasing the concentration of CO2 by 50% is a staggering feat given the enormous volume of the Earth’s atmosphere,” writes Stephen Leahy in his Need-To-Know series.

Related articles:
GHGs Show No Slowdown, No Decline: #GlobalHeating Shoots Up
The Power of Climate Truth