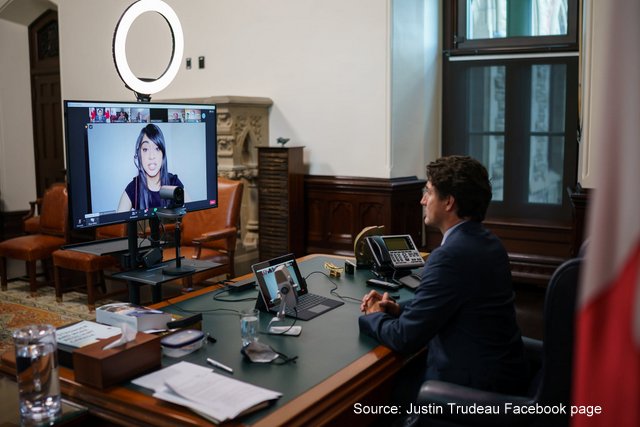 Justin Trudeau is not a climate leader. Beyond the thin veneer of progressive climate action lies a fossil-fuel dependency that is ‘a clear and present danger’ for all Canadians.  Decoding Trudeau’s climate agenda exposes the grim reality that the Canadian climate plan is really climate denial in action. Our climate plan is a fossil plan.

4 Cases of Climate Denial in Action

The climate denialism practiced by a majority of our political leaders, the fossil fuel sector and mainstream media across Canada is deceptive and dishonest but at the same time it’s quite artful. They claim to understand and accept the climate science but then practice politics and promote a climate policy agenda that fails to meet the urgency and the scope of the climate crisis. Real change is not part of the program.

1. A Healthy Environment and a  Healthy Economy

A Healthy Environment and a Healthy Economy is Canada’s “strengthened” version of its predecessor Pan-Canadian Framework on Clean Growth and Climate Change. Although this may seem somewhat trivial, Canada’s latest climate plan does not even have the word “climate” in its title. That in itself would be insignificant if the substance of the plan matched the magnitude of the climate crisis that is emerging before our very eyes. But it does not.

According to Terry Moore and David Robertson, co-authors of a recent report describing Canada’s climate plan as a recipe for failure. Trudeau is craftily appearing to be leading a sweeping transformation which is in fact a continuation of the status quo. While everything appears to change, things remain the same.

In spite of having declared a climate emergency in June of 2019, the climate plan makes no mention of a climate crisis or emergency. The plan is “as much about capturing economic advantage as it is responding to the challenges of global warming,” according to Moore and Robertson. “The government has adopted a ‘fossil first’ climate action plan instead of a ‘climate first’ approach.”

Any plan that remains silent about fossil fuel subsidies and the managed phasing-out of carbon-emitting fossil fuels is not a climate plan. A Healthy Environment and a Healthy Economy includes the expansion of fossil fuels and relies too heavily on carbon capture, SMRs—small nuclear reactors—and fossil-fuel based hydrogen to achieve the government’s net-zero 2050 commitment. It’s climate denial in action.

“Given that Canada has missed every climate target commitment over the last 30 years and given that the Liberals have failed to cut emissions since their 2015 election majority, the necessity of a strong Bill C-12 was clear,”  wrote Ken Johnson is his National Observer “Image over Substance”opinion piece.

However Minister of the Environment and Climate Change Jonathan Wilkinson and the Liberals refused to embrace the fundamental pillars that ought to be part of a any serious climate accountability act. 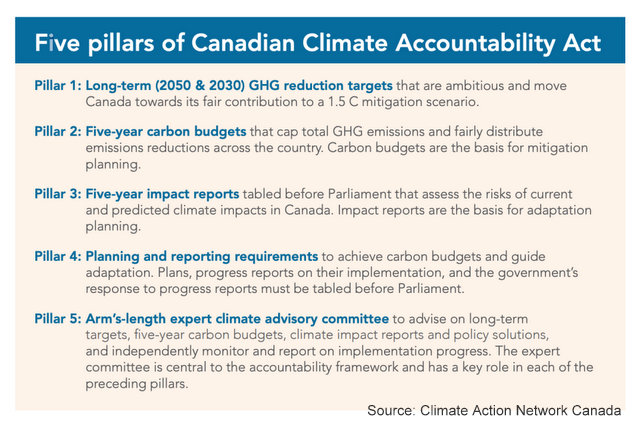 According to Johnson, “Canada now has a Net-Zero Emissions Accountability Act that the Liberals and the NDP will no doubt hold up in the widely expected election later this year to demonstrate their deep commitment to climate action. Sadly, too many will believe them.”

In fact, spending in excess of $23 billion on pipelines during the last three years only aggravates the climate emergency gripping the world, Canada included. It denies the link between burning fossil fuels that increases emissions that cause the warming of the planet that leads to climate change. The fossil fuel-emissions-global warming-climate change connection is not a difficult one to understand.

More on climate denial…What we’re up against

“Spending money on pipelines extends and expands the production of fossil fuels – at a time when the world’s scientists and the International Energy Agency are clear that we need to be moving in exactly the opposite direction,” wrote Julia Levin, program manager with Environmental Defence in a recent blog piece.

Financing pipelines with public dollars is climate denial in action.

Canada’s latest NDC (Nationally Determined Contribution) target “is facing reactions ranging from disappointment to mockery” wrote Mitchell Beer in a recent article in The Energy Mix. The new 40-45% target—emissions reduction from 2005 levels—is inadequate. “The scale of progress is not meeting the scale of the climate crisis,” Vanessa Corkal, at the International Institute for Sustainable Development, told The Energy Mix.

Critics slam Canada’s weak emission target – “It’s not denying the science, it’s denying what needs to be done to deal with it, which is phasing out fossil fuels,” says @CCDale of Canada’s 2030 GHG target. #cdnpoli https://t.co/xhakLRon1E

In a press release by Environmental Defence Canada, following Canada’s updated Paris Agreement pledge, Dale Marshall (National Program Manager) stated that “the government once again failed to reign in oil and gas emissions by continuing to ignore the most important measure: the phase out of oil and gas production in Canada. We can’t meaningfully tackle climate change while expanding the industries that cause it.”

In the concluding paragraphs of their SCAN Report, Moore and Robertson write that “the world is going to change one way or another. The choice we now face is between climate calamity, on the one hand, or a social and economic transition to a society committed to operating within safe and sane ecological boundaries, on the other hand.”

“The federal government is committed to a “Fossil-First” climate action formula: Carbon Pricing + Hydrogen + CCUS + Nuclear = Paris 2030 and beyond.”

ICYMI:
Only Pretending To Be Climate Leaders
Canada’s Climate Plan: Fossil First or Climate First?
What We’re Up Against: The New Climate Denialism 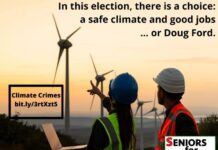