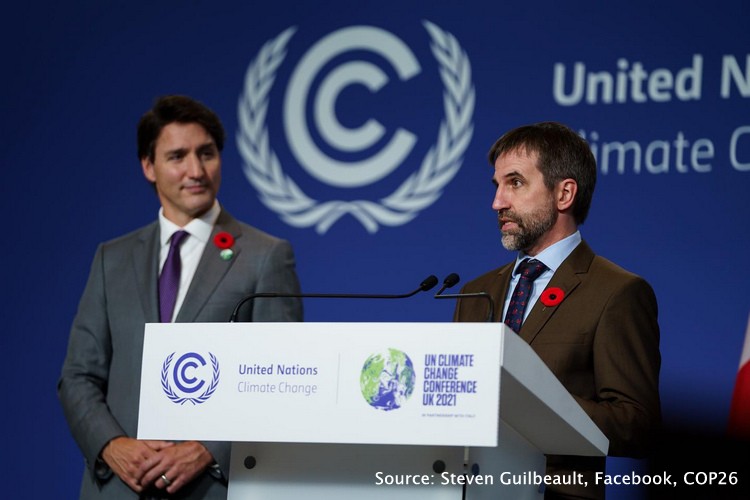 Many Canadian activists and environmentalists continue to struggle with the gulf between Justin Trudeau’s dazzling climate promises and the reality of a climate plan that includes the ongoing expansion of fossils, carbon offsets, carbon recapture and small nuclear reactors. In this post-election practice, Trudeau mandates his ministers to be bold and ambitious on climate.

(Following is an overview of the climate-rich mandate letters from Mitchell Beer of the Energy Mix.)

Be Bold and Ambitious – Mandate Letters

A cap on oil and gas emissions, a 75% methane reduction this decade, a net-zero electricity grid by 2035, a mandated 50% target for electric vehicle sales by 2030, and a renewed commitment to international climate finance are among the elements of the mandate letter issued to Environment and Climate Minister Steven Guilbeault [on December 16] by Prime Minister Justin Trudeau.

Guilbeault will have his hands full for the foreseeable future, with a total of 39 items—not including sub-bullets—and 27 mentions of “climate” in his mandate letter.

“The science is clear,” Trudeau wrote, in a boilerplate paragraph that shows up in his letters to each of the 38 Cabinet ministers. “Canadians have been clear. We must not only continue taking real climate action, we must also move faster and go further. As Canadians are increasingly experiencing across the country, climate change is an existential threat. Building a cleaner, greener future will require a sustained and collaborative effort from all of us. As Minister, I expect you to seek opportunities within your portfolio to support our whole-of-government effort to reduce emissions, create clean jobs, and address the climate-related challenges communities are already facing.”

The PM instructs Guilbeault to:

Wilkinson’s mandate letter includes more detailed responsibilities on the net-zero electricity grid, including formation of a Pan-Canadian Grid Council and working with Indigenous communities to replace diesel generators with “clean, renewable, and reliable energy” by 2030. He also takes on duties related to the oil and gas emissions cap, ending fossil fuel subsidies, and driving a just transition for fossil fuel workers and communities alongside his predecessor in the natural resources portfolio, Labour Minister Seamus O’Regan.

The words “carbon capture” do not show up in Wilkinson’s mandate letter, despite concern over the last couple of weeks that Ottawa was poised to approve new subsidies for the controversial technology. Similarly, small modular nuclear reactors did not make the rhetorical cut in Wilkinson’s stated duties.

While the mandate letters put Guilbeault and Wilkinson at the centre of the government’s emerging climate plan, a number of other ministers and departments have roles to play.

Other Ministers with a climate mandate:

Among the notable omissions, Agriculture Minister Marie-Claude Bibeau’s mandate letter makes no mention of the government’s previous promise to cut farm producers’ nitrous oxide emissions 30% by 2030, to the consternation of the country’s fertilizer lobby. Health Minister Jean-Yves Duclos and Transport Minister Omar Alghabra receive no climate mandates at all, apart from the boilerplate paragraph sent to all ministers.

The mandate letters look good on paper. But there’s a large yawning gap between mandate and policy. Could 2022 be the year that climate-Trudeau begins to pull away from fossil-fuel-Trudeau? (Editor)