Below 2C
Home Climate Climate Change Hope is Back 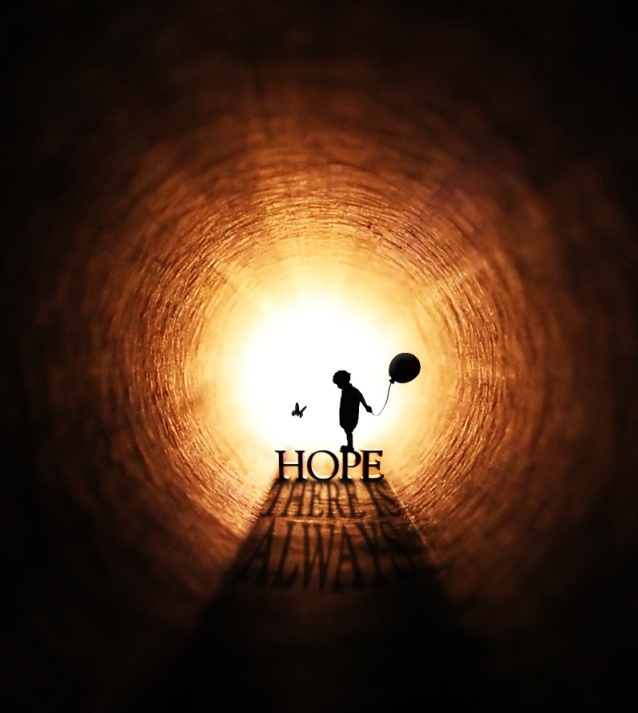 I am pleased to welcome Julie Johnston as a contributor to BoomerWarrior.Org. Julie is the creator of the Compassion Climate Action blog and the GreenHeart Education website. She and her husband Peter Carter are currently very active with the Climate Emergency Countdown initiative. In ‘Hope is Back’ Julie argues that the climate change movement has reached a turning point. (Rolly Montpellier ~ Editor)

We are all connected. Each baby born carries a miracle inside. A unique purpose and that miracle is promised to one person and one person alone. We are voyagers set on a course towards destiny, to find the one person our miracle is meant for. But be warned: as we seek out the light, darkness gathers and the eternal contest between good and evil is not fought with great armies… but one life at a time. (from the movie Winter’s Tale)

The one friend I have whom I can talk to about the bleakness of our climate-changed future is feeling so low, she told me recently, that she’s in the bell jar. So she’s feeling pretty fragile.

But I’ve realized that the tiny glimmer of hope that’s been peeking into the dark tunnel ahead, well, maybe if we adjust our eyes, we can use that glimmer to light our path.

There’s the news that the IPCC’s scenario RCP (“Really Cool Plan”?) 2.6 (especially when combined with some excellent suggestions from Climate Action Network International’s new position statement, so RCP2.6+) presents the possibility of keeping global average temperature increases within a survivable range. (The oft touted 2ºC limit would be catastrophic and deadly.)

There’s also evidence that more and more people are “getting” it. At a recent convention of Canada’s Green Party, it seemed the strongest, loudest and longest applause came when leader Elizabeth May spoke about the urgent need to deal with climate change.

Different types of people are entering the fray. “Masters of the Universe” (today’s version of the captains of industry of yesteryear) are meeting to explain that climate change is Risky Business.

The entertainment industry is starting to take climate change seriously (if in funny ways; Jon Stewart and John Oliver, anyone?)

American President Obama is steppin’ it up on climate change, in a dance with China that, if they don’t step on each other’s toes, could lead to major movement toward decreasing emissions. Okay, so they still don’t get the “zero carbon” part of the dance but at least they’re twirling on the dance floor together. (See Key Achievements of U.S.-China Climate Change Cooperation Under the Strategic and Economic Dialogue.)

Parents in the US are starting to demand scientific teaching of climate science in schools. (What a concept! Apparently one that Wyoming cannot grasp.) Check out the Climate Science Students’ Bill of Rights.

And the Climate Psychologist (Margaret Klein) has developed a mobilization campaign, to get people motivated by joining a movement (think WWII). Read the full strategy document here.

Plus, the deniers are just getting sillier and sillier! To wit:

There is no global warming. There is climate change. This melting is caused by the underground volcano’s..We are starting a mini ice age due to the sun’s inactivity..This is all a money thing for the bigwigs..Pollution is poison, we are killing our planet. This is not made by us. This is a nature process..We cant stop it. We can stop Fukushima. sharon b, ky,usa   18/07/2014 06:55

So folks, maybe, just maybe, it’s starting to happen. Can we create a crescendo of public outcry that convinces negotiators at the December 2014 UN climate conference in Lima to adopt the RCP2.6+ for the text of the all-important agreement that will be negotiated in Paris in 2015?

I’ll tell you something that should chill your blood. No matter how far we tip the scales our way, no matter how many of them we turn dark, nothin’ seems to break their capacity for hope. They pass it back and forth like the flu at a preschool fair. We’re losing, Lucifer. One bright star at a time, we’re losing. (from the movie Winter’s Tale)

This blog article was originally posted in Compassionate Climate Action.