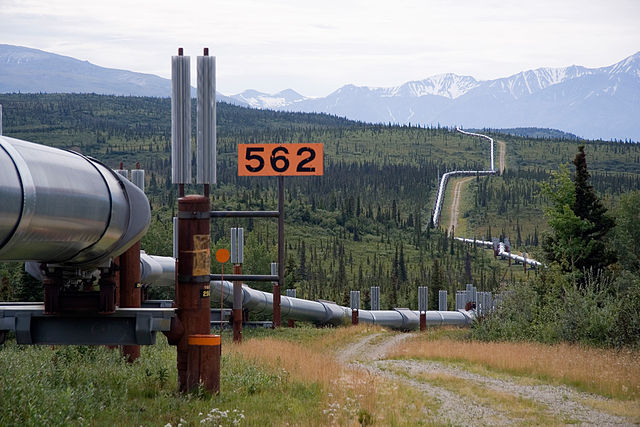 Fossil fuel megaprojects — pipelines, terminals, plants — are quickly disappearing from Canada’s energy landscape. Less than a year ago (November of 2016), the federal government rejected the Northern Gateway plan. This was followed by the cancellation of the massive Liquid Natural Gas (LNG) project just a few months later in July 2017 by a consortium of oil companies led by Petronas, a Malaysian oil and gas company. And now the oil sector is reeling from the Energy East cancellation announced by Trans Canada on October 5th. Clearly, fossil fuel megaprojects have no future in Canada. They are falling like dominos. Our prediction is that Kinder Morgan will be the next pipeline to die on the drawing board.

The following is an article by Mitchell Beer (Blogger and Curator for The Energy Mix) which first appeared in Policy Options. The article is republished (with permission) as a post mortem on the Energy East pipeline. May it rest in peace. (Below2°C Editors)

TransCanada Corporation dodged a bullet l[recently] with its decision to cancel its controversial and redundant Energy East pipeline.

The hours and days after the TransCanada announcement were filled with predictable, overheated rhetoric from former and current politicians. But none of the spot commentary came close to answering the questions TransCanada should have asked before it proposed another big oil and gas megaproject, questions it should still consider before it tries to complete the increasingly precarious Keystone XL pipeline. Questions such as, is there any realistic scenario in which a 30 to 60-year piece of fossil fuel infrastructure is not going to be a recipe for controversy, litigation and eventual bankruptcy? And, despite the storm of political positioning that followed the announcement, was the decision driven by regulators, or does it signal the beginnings of a drastic, permanent shift in the way the world buys, sells and uses energy?

Fossil Fuels Drawing To A Close

There’s a basic reality that seems to have eluded the number-crunchers behind projects like Energy East: one way or another, like it or not, the fossil fuel era is rapidly drawing to a close.

No one is suggesting that oil and gas consumption will fall to zero tomorrow, next week or even next year. But a new, multi-billion-dollar pipeline isn’t about today’s markets. Such pipelines only have a purpose or a business case if its proponents can confidently anticipate steady demand through the middle of this century and beyond.

And while the last chapters of the fight against global climate change have yet to be written, there is no realistic outcome in which fossil fuels and pipelines have a future.

If the fossil fuel lobby and a climate-denying White House prevail, the broader industry will have to cope with an unmitigated increase in severe weather that will make the Fort McMurray wildfires and hurricanes Harvey, Irma, and Maria look like opening acts. The fossil fuel shutdowns during Harvey and the plausible talk of abandoning Gulf Coast refineries and other infrastructure are preludes for an increasingly unstable operating environment for pipelines.

The more hopeful and more likely scenario is that the momentum for deep, rapid decarbonization will continue to build, driven by the mounting urgency of the climate crisis and the relentless affordability and job-creating power of energy efficiency, renewable energy, electric vehicles and, increasingly, energy storage.

Either way, a fossil pipeline built today will be sold for scrap before the end of its operating life, quite likely before its backers have recovered their initial investment. Canada’s oil patch may be making a genuine effort to decarbonize the production process that would have put diluted bitumen into TransCanada’s pipeline. But the fate of Energy East — tripped up by the 235 million tons of life cycle emissions it would have enabled each year — shows the hollowness of that effort, given a full accounting of the industry’s climate impact.

A Rocky Road Ahead

Climate change and a transforming energy sector are not the only business challenges facing pipeline developers. No survey of the business landscape for fossil fuels is complete unless it accounts for:

The National Energy Board eventually earned its keep on the Energy East file, with a decision to include real consideration of greenhouse gases in its review of the TransCanada application. Now it’s time for a wider dose of truth. And it’s up to political leaders at all levels to deliver it.

Canada will do much better with the coming energy transition when more of us understand that the fossil industry is entering a period of managed decline. That the transition to clean energy can create work for every unemployed Canadian twice over. That a deliberate drawdown of the country’s fossil economy could open a period of massive opportunity across the country, but not if we leave it to chance. And that Canada can’t be a global leader in climate solutions if it does not meet, and exceed, its inadequate Harper-era carbon reduction target.

The Energy East cancellation could be an important step along all of those roads. But we’ll miss the opportunity — and fail as a country in our climate obligations — if we don’t have some honest discussions about where the energy economy is going, and why.