Prime Minister Trudeau’s announcement of a federal tax on carbon at Humber College, located in Premier Doug Ford’s Toronto riding, may prove to be political gold for his government just one year before the next election. Calling it a “tax on pollution” he skillfully and deliberately took the climate-change-battle to Doug Ford’s backyard.

The announcement was clearly meant to be an “in-your-face” Doug Ford moment with Trudeau capitalizing on a rare opportunity in politics to score a motherload of political capital. Perhaps there’s some truth to the popular expression that revenge is a dish best served cold.

Under the federal carbon pricing backstop, 80% of Ontario households will receive a climate action incentive (carbon rebate) that will be greater than the higher energy costs resulting from the national carbon tax (carbon fee). 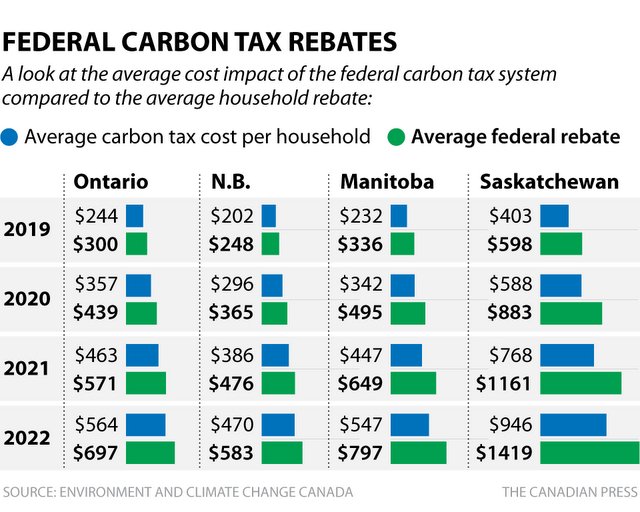 Arguably, Ford’s scrapping of cap-and-trade opened the door to the introduction of the federal tax on pollution and climate action rebate. With Ontario likely to be the battleground between the Conservatives and the Liberals during the October 2019 election, Ford’s political blunder could not have come at a better time for the federal Liberals. Thanks to Doug Ford, Justin Trudeau has just hit political gold.

The federal backstop levy will apply in the four provinces which have not already adopted their own climate pricing plan. The remaining provinces have a climate plan and carbon pricing mechanism. For example, British Columbia has had a carbon tax since 2008 whereas Quebec is part of cap-and-trade pricing scheme that includes the climate-progressive state of California. Alberta’s carbon tax is partly returned to lower and middle income earners.

Initially the “backstop” was meant to apply to only the few provinces that might choose not to adhere to the Pan-Canadian Climate Framework. But in fact, nearly half (47%) of Canadians live in the four provinces of Ontario, Saskatchewan, Manitoba and New Brunswick where the new levy will apply.

Dale Beugin of the Ecofiscal Commission tweeted that the big story is that 90% of all the revenues will be returned to Canadian households:

6. And more most households, rebates will larger than their carbon pricing costs. Households will see net gains. pic.twitter.com/ThfWoiXY85

While most Canadians believe that climate change is real and caused primarily by human activity (mostly the burning of fossil fuels), few are willing to pay the price of climate action. The vast appeal of the carbon tax and rebate plan is that it allows government to act on the climate while helping Canadians cope with the costs. “Our government is ensuring a price across Canada on what we don’t want, pollution, so we can get what we do want – lower emissions, cleaner air, opportunities for businesses with clean solutions, and more money in the pockets of Canadians,” notes Catherine McKenna, Minister of the Environment and Climate Change.

Ottawa estimates that the carbon fee will raise $2.36 billion in the four provinces in 2019 with 90% going to households and the remaining 10% going to programs designed to help small businesses and the public sector reduce their rising energy costs.

Predictably Doug Ford and Andrew Scheer have been the more vocal critics of the carbon pricing backstop with cynical cries of it’s just a vote-buying scheme, a job-killing tax, a tax grab, and an election gimmick.

Responding to the Trudeau announcement, Elizabeth May did not mince her words. While conceding that the carbon rebates will help the Liberals attract more votes, more importantly they will “leave Andrew Scheer and his cowardly negligence exactly where it belongs: in the spotlight of uselessness.”

The Globe and Mail’s editorial board notes that “It’s politically smart to hand carbon revenues directly to people, rather than to intransigent provincial governments. Doing so helps counter the federal Conservative talking point that the carbon tax is a revenue grab.”

Canadian Mark Carney, now Governor of the Bank of England, claims that “You need a price on carbon and a price on pollution. Canada, as of today, has both. It unlocks investment decisions, which will make for more low-carbon economies.”

“You need a price on carbon and a price on pollution. Canada, as of today, has both. It unlocks investment decisions, which will make for more low-carbon economies.” — Mark Carney, @BankOfEngland Governor, yesterday at @CreativeDLab‘s #MKT4INTEL conference. #EnvironmentEconomy pic.twitter.com/FjHaX9vKfA

John Ibbitson, writing for The Globe and Mail, argues that the carbon tax versus climate change will be an epic battle. “The Liberals have scientists and economists in their corner. The Conservatives and opposing premiers are appealing to a tax-weary and skeptical public. Who will prevail? This debate will occupy us, perhaps consume us, in the months to come.”

With less than 12 months to the federal election, Justin Trudeau is betting that a cheque (carbon rebate payments) in the mail will provide sugar-coating for the pain at the pump. The first rebates will start in April 2019, just six months before polling day. Roughly 70 per cent of Canadian households will receive more money than they pay in carbon taxes.

Going into the next election, the PM and his government can take credit for having kept their 2015 election climate promises while at the same time helping Canadians achieve what they want, a tax on pollution with a rebate to help pay for it. How sweet it is.