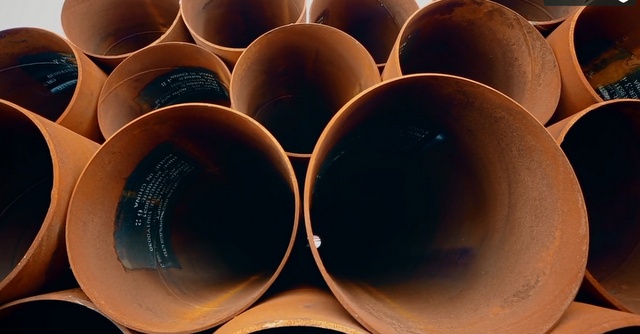 In a desperate attempt to justify his government’s approval of the Trans Mountain (TMX) expansion, Prime Minister Trudeau was so bold as to greenwash TMX profits as a necessary piece of Canada’s transition to a clean energy future. Trudeau’s shameless support of the oil industry is unwavering.Clearly, the fear of consequences from Big Oil overwhelms a good conscience.

In this article (first published in HuffPost), Cam Fenton of 350.Org exposes the climate damage that TMX will cause. (Editor intro) 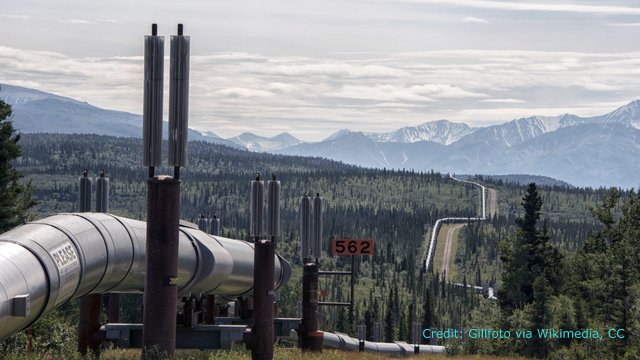 When Justin Trudeau’s government approved the Trans Mountain Pipeline for the second time, he added a new twist. Every dollar of profit the project produced, which he pegged as an estimated $500 million a year in new annual corporate tax revenues, would go into green energy projects. It’s a nice thought, but it wont offset the pipeline’s climate damage.

The first problem is the science. According to the 2018 Intergovernmental Panel on Climate Change report that gave us 12 years to tackle climate change, we need to cut emissions at least in half by 2030. Right now, Canada is falling short— about 109 million tonnes short — of our Paris Agreement climate target to cut emissions by 30 per cent below 2005 levels. So, not only are we on track to miss our target, but our target is far too low.

The reality is that we can’t afford to build new fossil-fuel projects like Trans Mountain, a pipeline that would have the same climate impact as adding another 34 million cars to Canadian roads or building 42 new coal-fired power plants every year.

Trudeau’s bargain — that revenue from Trans Mountain will go into green energy projects — won’t actually negate these emissions.  Around one quarter of all of Canada’s emissions come from the oil and gas industry. There’s no putting these emissions back in the ground when you put up a solar panel. And, because we actually export most of the fossil fuels we dig up, as well as their emissions, electrifying transportation in Canada won’t balance the equation, either. To tackle climate change at the scale that science demands, we have to stop expanding the fossil-fuel industry. Period.

And the Oil Barons Cheered

This isn’t something that Trudeau seems to understand. In 2017, he travelled to Texas and told a room of fossil-fuel executives that “no country would find 173 billion barrels of oil in the ground and leave them there.”

The oil barons cheered, and Trudeau smiled. His wit and charm can’t change the fact that Canada digging up and burning all that oil essentially eliminates the entire world’s chance of staying beneath a 1.5 or 2 degree Celsius warming limit.

Since Canada is home to a small fraction of the world’s population, that’s not just manifestly unfair, it’s unjust. By approving Trans Mountain, Canada will take the rest of the world over the climate cliff with it. Reinvesting the profits into green energy does nothing to change that.

The other problem with Trudeau’s announcement is the very real possibility that there won’t be any profits to reinvest from Trans Mountain. According to the Institute for Energy Economics and Financial Analysis, the Trans Mountain Pipeline actually lost $26 million in the first four months the government owned it. That number could shift if the expansion is completed, but that’s a long way away, if it happens at all. Business leaders are worried the project may never be built, and even if it moves forward, legal challenges and protests will continue to slow down and stall the project, delaying construction and driving up the pipeline’s cost well above the initial $4.5-billion price tag.

So, if not a pipeline, how do we pay for the necessary and rapid — but not overnight — transition off of fossil fuels?

A Green New Deal for Canada

Policies like the Green New Deal, an idea that rose to prominence in the United States and is gaining momentum and political champions here in Canada, are a good place to start. Under its Green New Deal for Canada proposal, the federal New Democratic Party’s first step could be ending subsidies to the fossil-fuel industry and redirecting as much of that money — $3.3 billion in Canada in 2016 — as possible into clean energy and transition programs.

Canada could also increase taxes on those people and corporations with the means to contribute more. Canadian corporations dodged $11 billion in taxes in 2018, thanks to loopholes that allow rich people and corporations to get away without paying their fair share. Fixing this, and increasing taxes on corporations and the wealthy, to fund a transition would provide the resources needed. According to polls released in April, such a move would also be very popular, with two-thirds of Canadians expressing support for a Green New Deal-style climate plan that requires “corporations and the wealthy” to pay higher taxes.

It’s striking that Justin Trudeau’s government gave second approval to the Trans Mountain Pipeline the day after his government voted to declare a climate emergency. On that front, it was right. But, while we need to transition away from fossil fuels to tackle this climate emergency, we certainly don’t need a pipeline to do it. If you want to invest in green energy, just invest in green energy — directly — and don’t waste public money on a pipeline that’s expected to cost billions of public dollars, might never turn a profit and would lock in dangerous global heating.

Canada Continues To Be Bipolar on Climate: #ClimateEmergency and #TMX
Canada On Pace to Meet Paris Emissions Target … In 200 Years