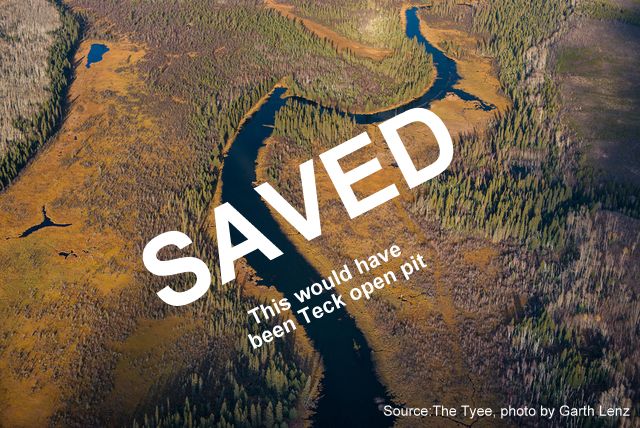 The death of the Frontier Teck Tar Sands project marks a turning point for Canadian climate policy going forward. And this is happening not because of strong climate leadership from our federal government. In fact, it’s quite the opposite. It’s happening despite the glaring lack of such leadership from Prime Minister Trudeau and his cabinet.

After asserting itself as a world climate leader in Paris in 2015, declaring a climate emergency in June of 2019 and re-affirming that climate action is our number one priority in Madrid, the Trudeau government seemed poised to approve the project. But now it’s off the hook and it will not have to decide on the Teck project application after all. Trudeau dodged a political bullet.

The most significant impact of the Teck mine withdrawal is laid out in the company’s letter to Environment and Climate Change Minister Jonathan Wilkinson by Teck CEO Don Lindsay. The letter defines the new standard that any new fossil fuel project will have to meet in our climate-constrained reality. It makes it amply clear that climate is emerging as the top consideration in resource development. Climate is now part of the narrative and the decision-making process.

“Global capital markets are changing rapidly, and investors and customers are increasingly looking for jurisdictions to have a framework in place that reconciles resource development and climate change, in order to produce the cleanest possible products. This does not yet exist here today and, unfortunately, the growing debate around this issue has placed Frontier and our company squarely at the nexus of much broader issues that need to be resolved. In that context, it is now evident that there is no constructive path forward for the project. Questions about the societal implications of energy development, climate change, and Indigenous rights are critically important ones for Canada, its provinces and Indigenous governments to work through.” (excerpts from CEO Don Lindsay letter)

This paragraph represents a turning point in Canadian climate policy history. From Teck’s letter to the feds on why they are withdrawing the project. https://t.co/6oaJb1eBNx pic.twitter.com/tKY29dC7Ff

No Economic Sense, No Climate Sense

“This project never made economic sense; it didn’t make climate sense; it wasn’t really going to happen,” said Greenpeace senior energy analyst Keith Stewart. “So I’m glad that we can now actually focus on real projects that will create good jobs in Alberta, across the country, fighting climate change.”

[It’s important to] “take note of the long inventory of already approved and unbuilt oil sands projects, totaling nearly two million barrels per day in production—seven times the capacity of the Frontier mine. — MaCleans.

Economic sense: The days of US$85-95 per barrel oil that existed when the company first started the approval process are long gone. Todays prices are hovering in the low US$50s making the project economically unviable.

Politicians like Jason Kenney and his federal Conservative friends can continue to lament the loss of 7,000 jobs the project would have created or the loss of tax revenues for both Alberta and the federal government. But the reality is that the Teck Frontier mine becomes just one of many other projects (previously approved) to never see the light of day. And the Kinder Morgan Trans Mountain project only survived because of the massive bailout by Canadian taxpayers—the purchase of the pipeline for $4.5 billion by the Trudeau government.

Environmental sense: The Teck mine would have been an environmental disaster destroying old growth, wetlands, wildlife and producing 45 million tonnes of pollution per year according to newly released numbers. This is “11 times more than the company acknowledged, according to analysis completed in the days before the company’s dramatic decision to withdraw its project application,” reports The Energy Mix.

“The product of the Teck mine was diluted bitumen destined to be transported and refined into gasoline, oil, and other fuels. Burning those products would have generated about 41 million tonnes of CO2e per year—about 10 times the emissions from the project’s operation.” — The Energy Mix

Our climate future is tied closely to decisions about fossil fuels. In order to achieve net-zero emissions by 2050, we cannot continue to promote emission-producing expansion. In fact, the opposite needs to happen. We must begin the managed phase-out of fossil fuels. All future Canadian energy projects will no longer escape the climate litmus test. The Frontier Teck withdrawal sends that clear message to the energy sector.

The cause of the climate crisis is known. “The inaction of the old is killing the future of the young,” writes Luis Contreras. “Empty words and false solutions from the people with the power to stop carbon emissions are destroying the future of new generations, one day at a time.”