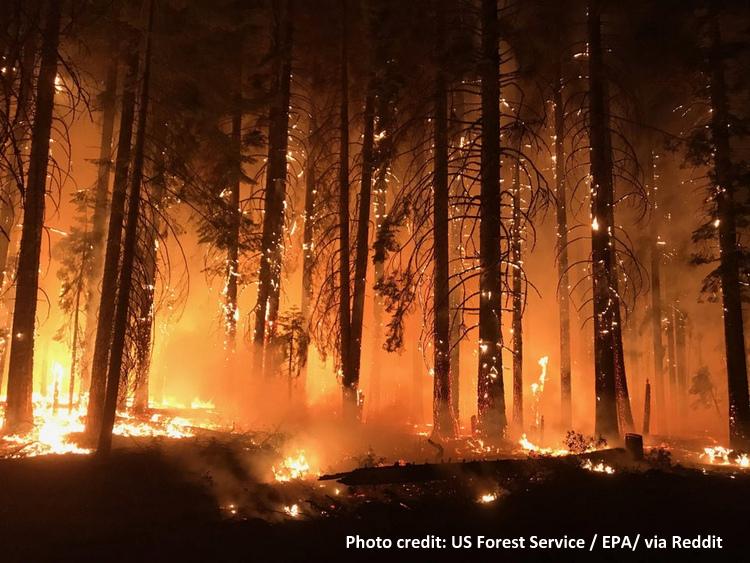 We’ve waited too long to get serious about climate change. For decades, warnings from scientists and the IPPC have gone unheeded. And now, we’ve just left it too late and there are consequences to our failure to act. The IPCC report titled Physical Science Basis of Climate Change has been called a “code red for humanity by UN Secretary General Antonio Guterres.

We Have Left It Too Late

The only way to reduce emissions is by burning less fossil fuels. But in Canada, the opposite is happening. The Canada’s Energy Futures 2021 report projects an increase from 5.0 million barrels per day (MMb/d) in 2021 to 5.8 MMb/d in 2032. We keep postponing the inevitable and avoiding the elephant in the room. And because of the delay—leaving it too late—we’re forced to turn to shifty alternatives that hold little promise for real emissions reduction. All the while, available decarbonization winners like conservation, energy efficiency and renewable energy are underrated.

The terminology around our climate conversation has broadened beyond ‘carbon emissions reduction targets‘, ‘keep it in the ground‘ or ‘carbon budgets‘. It now includes Carbon Capture, Usage and Storage (CCUS), Small Nuclear Reactors (SMRs), Bioenergy with Carbon Capture and Storage (BECCS), Carbon Offsets, Nature-Based Solutions. Why, even Adaptation, which used to be a dirty word, is now front and centre next to its forgotten twin brother Mitigation.

“We now know that it’s not enough to leave fossil fuels in the ground and decarbonise our economies. We’ve left it too late. To prevent no more than 1.5C of heating, we also need to draw down some of the carbon already in the atmosphere.” — George Monbiot in a recent Opinion piece.

If used for the purpose they were intended for, these mechanisms should be part of the complicated matrix of solutions the world needs to prevent catastrophic climate breakdown. We need many tools for the drawdown of carbon from the atmosphere. “But there’s nothing that cannot be corrupted, nothing good that cannot be transformed into something bad,” says Monbiot in his article.

While these approaches offer some promise to mitigate climate impacts, many, if not all,  will likely end up as a substitute for the rapid decarbonisation of our economies. By not  addressing emissions reductions directly, they are failing as climate solutions.

Monbiot argues that along with slashing emissions, we must invest in nature-based solutions—the restoration of ecosystems and biodiversity—to avert both climate and ecological breakdown. Instead of committing to leave the fossil fuels in the ground, oil and gas companies claim that the carbon credits they buy make them “carbon neutral” and more than compensates for their ongoing expansion of new oil fields and exploration for new reserves. Shell’s Drive Carbon Neutral program and Total’s scheme in Africa are but two examples of the manipulation of carbon credits and nature-based solutions by the greedy fossil fuel sector.

This  Natural Resources Canada statement shows that the government of Canada is driving the CCUS bus: “Recognizing that carbon capture, utilization and storage (CCUS) can play an essential role in the transition to a prosperous net-zero economy, we are leading the development of a federal CCUS Strategy that will enable the Canadian CCUS industry to realize its GHG reduction and commercial potential.”

The controversy over CCUS dwells in how the recaptured carbon is used. Commitments to reach net-zero by using carbon removal technologies simply ignore the fact that the main driver of the climate crisis is the burning of fossil fuels. Yet, 81% of the carbon captured is now being used for Enhanced Oil Recovery (EOR), a process that allows the extraction of even more oil from existing wells.

We’re joining 500+ civil society organizations in calling on policymakers to recognize that #CarbonCapture and storage (#CCS) is NOT a climate solution but a dangerous distraction driven by the same big polluters who created the #ClimateEmergency.

In December of 2020, Canada announced its SMR Action Plan which the government claims will “play a critical role in reducing greenhouse gas emissions and delivering good, middle-class jobs as Canada moves toward a low-carbon future.” But many scientists and nuclear experts alike fear that the pursuit of this costly and still unproven technology will slow down the massive rollout of renewables like solar and wind that are required to phase-out fossil fuels.

“New nuclear reactors currently proposed are too slow and too costly to make a significant difference in reducing carbon emissions by 2030. Wind and solar are cheaper and faster to deploy and are also field tested, unlike any proposed new reactors. Renewables can make an impressive contribution by 2030, and more so by 2050, with widespread deployment. New nuclear can contribute very little before 2030, especially since the proposed nuclear designs are first-of-a-kind prototypes subject to unanticipated delays and cost escalations. — Gordon Edwards, Canadian scientist and nuclear expert

While the rhetoric around SMRs is persuasive and even attractive, many question whether the Canadian government is deploying its small nuclear reactor program as a distraction while it is still pursuing a fossil-fuel expansion strategy. Claiming that SMRs are a zero-emission source of power while expanding the Trans Mountain pipeline is somewhat suspicious at best and downright sinister at  worst. For more, click on the link below.

And so it goes on. Some of the tools that are needed to help humanity survive in a warming world facing multiple crises simultaneously are being turned against us. And while it’s not too late to turn things around, the Paris Agreement is on life-support. COP26 was supposed to be our “last best hope for the world to get its act together” said US climate envoy John Kerry but the end result was again kicking the can down to the next COP.

Our next best last chance to save ourselves will be COP27. And this time, we mean it!

ICYMI:
Ontario and Doug Ford’s Bogus Climate Plan
Reversing the Trend on Ads For Gas-Powered Cars, SUVs, Light Trucks
Learning to Tackle More Than One Crisis At a Time