Below 2C
Home Climate Climate Crisis Global Heating. Do We Finally Get It Now? 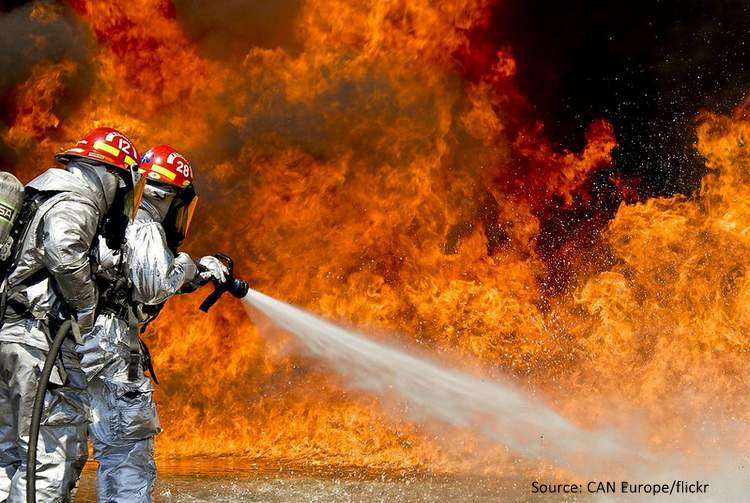 Scorching heatwaves are wreaking havoc across the globe causing wildfires, droughts and thousands of deaths. High temperatures are shattering records, wildfires are raging and water is becoming scarce in some regions. Never before has humanity witnessed such extensive global heating. Now, do we finally get it?

“[Thousands] are dead from heat-related causes, tens of thousands are displaced by raging wildfires, and global food security is yet further threatened as vast swathes of western Europe, North Africa, and China continue to suffer in the grip of lethal heat,” writes Gaye Taylor in The Energy Mix. “Vast expanses of southern Europe and North Africa are likewise being seared by off-the-charts temperatures, with Spain, Portugal, France, Greece, Morocco, and Algeria particularly hard-hit.”

Scientists are shocked as extreme heat driven by climate change—unfolding much faster than previously expected—consumes the world . As Europe burns, over 100 million Americans are under heat warnings, a heatwave is building up in central Asia and another heat dome is heading for British Columbia.

Heatwaves are happening faster than models had predicted suggesting that the climate crisis is even worse than feared. If this is not a climate emergency, than what is?

Europe is burning. Is this finally a wake up call? | CBC News https://t.co/RBFcZhszW6

Now Do We Finally Get It?

These alarming events have prompted Antonio Guterres (UN Secretary-General) to warn once again that humanity is on a code red alert.  “We have a choice. Collective action or collective suicide. It is in our hands,” he told 40 nations gathering recently to discuss the climate crisis.

With the recent Manchin debacle, the options available to Biden have narrowed. Yet,  Climate Envoy John Kerry has told the New York Times that Biden is “very close” to declaring a national emergency on climate. It’s a matter of when — not if — that will happen.

The Third Act, led by Bill McKibben is calling on President Biden to call a climate emergency now.

Mainstream media in the US has finally also jumped on the climate crisis bandwagon reporting broadly that we are seeing climate change in action. Some 32% of weather reporting on US television networks are making the climate connection—from July 16 to 18—compared to a meager 4% last summer. But still, two out of three reports are failing to link climate science with events on the ground.

“Politicians can’t afford to ignore the fate of the planet while they’re tackling short-term problems,” reports CBC News. “It would be a mistake to assume economic and pocketbook concerns have again reduced climate change to a fringe concern.” Some politicians like Conservative party leader hopeful Pierre Poilievre are playing cheap politics on the back of Canadians by focusing on the carbon tax and the price of fuel as reasons to push climate action to the back of the bus.

In response, Prime Minister Trudeau said that “There are very few people in this country who still think that you can have a plan for the economy without having a plan for the environment…Most of those people seem to be running for the Conservative leadership.”

Will the summer of 2022 be the wake-up call that the world needs to move climate action to the level of emergency? Antonio Guterres emphasizes that time is no longer on our side. We need to move forward on all fronts — mitigation, adaptation and climate financial support.

“This has to be the decade of decisive climate action.” — Antonio Guterres, UN Secretary General

ICYMI:
Inspiration Is Not Enough: Are We Ready For The Talk?
Big Oil: It’s Time To Sue the Bastards
Climate Change: Famines and the Food Crisis