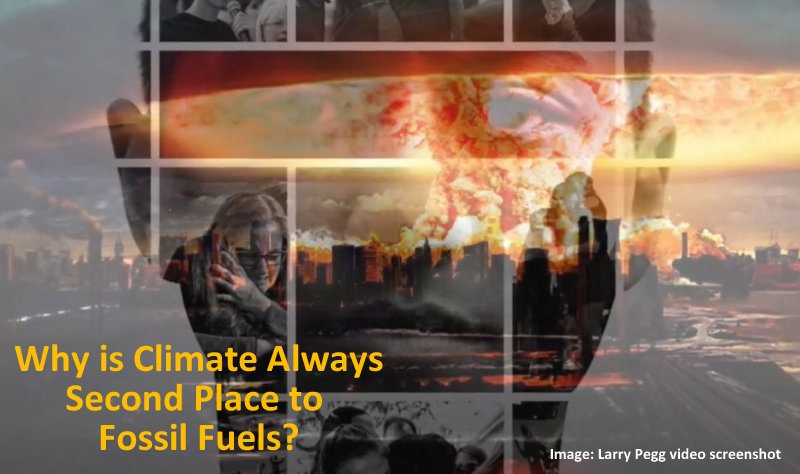 “Why is life on earth still taking second place to fossil fuel companies,” asks George Monbiot in an August 2021 opinion piece in The Guardian. Humanity faces an unprecedented existential threat, a looming climate crisis that will make the current COVID pandemic seem quite tame in comparison. And yet, “scarcely anyone alters their behaviour in response: above all, their driving, flying and consumption of meat and dairy,” writes Monbiot. 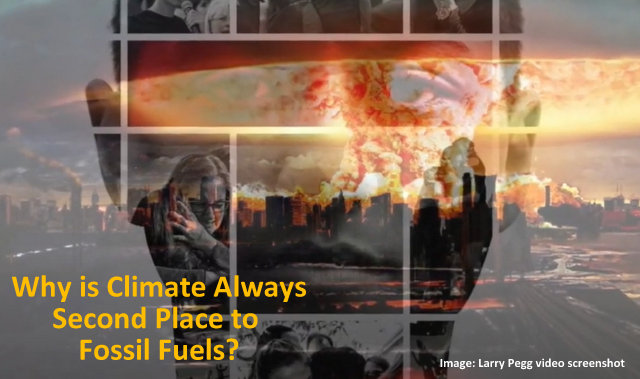 “The human tragedy is that there is no connection between what we know and what we do…we need to close the gap between knowing and doing.” — George Monbiot

According to a recent analysis by Climate Action Tracker (CAT) not a single G20 member has a climate plan that is aligned with the Paris Agreement. The CAT analysis looked at 36 countries and the EU which together make up 80% of the world’s carbon emissions.

Even countries like the UK, which considers itself climate progressive, continues to flounder by having climate policies that are incompatible with preventing a warming greater than 1.5°C. In a few weeks (November 1-12) Boris Johnson will be hosting COP26 in Glasgow. This climate summit is deemed to be the most consequential since COP21 which culminated in the signing of the Paris Agreement. But rather than leading by example, Johnson is poised to approve the expansion of oil and gas in the North Sea in spite of warnings from the EPA that the world must not only freeze all new fossil fuel projects but also must retire existing projects as well. In the UK, it’s still climate second, fossils first.

Meanwhile in Canada, electors get to choose their next government tomorrow. Many observers note that the Liberal climate plan is the best of the four main political parties. However, the plan includes the ongoing expansion of fossil fuels and the construction of the massively expensive—purchased by the government in 2018—Trans Mountain pipeline. In Canada, it’s always climate second, fossils first.

During the U.S. presidential campaign, Joe Biden unveiled a bold plan to tackle climate change which he labelled an ‘existential threat’. And it started so well for President Biden. He immediately issued executive orders that revived the cancellation of Keystone XL and restored U.S. membership in the Paris accord.

But just months later, when the rubber hit the road, many climate promises fell victim to the usual gridlock of American politics. Both the American Jobs Plan and the bipartisan  Infrastructure Bill were severely watered down resulting in a largely business-as-usual formula to tackling the climate crisis. The result will be expanding highway investments, substantial cuts in new public transit, increases in carbon capture technology investments and substantial cuts in projected renewable energy spending. In the U.S., it’s climate second, fossils first.

What about the post-pandemic green recovery?

The green recovery promised by governments around the world is under severe threat. It was likely never meant to happen. Yale Environment 360 reports that “oil and gas giants, mining interests, and coal-fired power plants have all received financial and regulatory relief as governments around the world enact pandemic recovery plans. These moves threaten to create a dirty, high-carbon legacy that long outlasts the current crisis.”

The Energy Policy Tracker provides an overview of pandemic recovery packages by countries. Since the beginning of the COVID-19 pandemic, G20 countries have committed $660.89 billion (USD) for different energy types. While the commitment of $229.71 billion in support of clean energy is laudable, these same countries also committed $297.50 billion to fossil fuels:

World leaders know exactly what they must do. The climate science is clear and yet, for the most part, climate policy is not tailored to the scientific advice and the evidence on the ground. Leaving fossil fuels in the ground is not optional, it’s life-or-death imperative.

“The global emergency requires a new politics, but it is nowhere in sight…no government, even the most progressive, is yet prepared to contemplate the transformation we need: a global programme that places the survival of humanity and the rest of life on Earth above all other issues.” —  George Monbiot

ICYMI:
Two Fatal Flaws with Net-Zero By 2050: Net-Zero and By 2050
We Need A Fossil Fuel Non-Proliferation Treaty