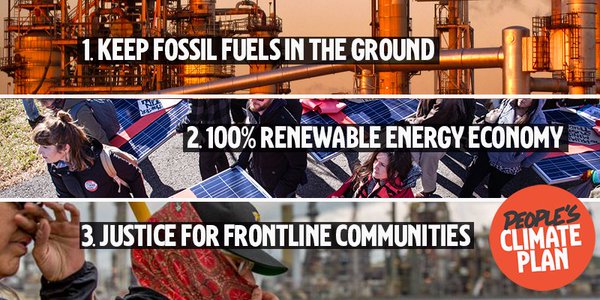 Canada is currently undergoing a robust process of climate consultations. And it began shortly after the Vancouver Declaration on clean growth and climate change. At that First Ministers Meeting, Prime Minister Trudeau and the Premiers agreed to a climate framework that will be finalized this fall.

The Liberal government is encouraging Members of Parliament (MPs) to host climate consultations in their own communities. And to date many have complied and some are still planning climate events.

In addition, Canadians are encouraged to access the online platform to submit comments, concerns and suggestions about climate change and how to solve the problem. As a result, over 3000 participants  have provided input on the five climate themes identified by the federal government:

I’ve submitted two documents. The first is Carbon Pricing Now, a set of guidelines for an effective carbon pricing strategy for Canada. The second submission deals with the climate pillars required for a national climate and energy plan.

I’ve  been following and attending climate consultations in Ottawa. I was a participant at Catherine McKenna’s (Minister of the Environment and Climate Change) townhall event and also the one hosted by my MP Karen McCrimmon. 350.Org Ottawa colleagues and activist friends from Ecology Ottawa have attended several other climate consultations in the Ottawa region.

The People’s Climate Plan is a climate action movement organized and supported by a collective of organizations and local groups. PCP supporters are flooding climate consultations across the country calling for the inclusion of three core pillars in a national climate plan for Canadians.

The Paris Climate Agreement signals the era of fossil fuels must end. To do its fair share, Canada needs to commit to keeping over 85% of proven fossil fuel reserves in the ground.

Canada’s climate plan cannot respect the science without committing to decarbonizing our economy before 2040. This means Canada must phase out coal and natural gas energy generation and reject all proposed long term fossil fuel infrastructure like the Energy East pipeline and Kinder Morgan pipeline.

Our federal government must commit to powering Canada by 100% renewable energy by 2050.

To get there, we need to ensure workers receive support and training to make the shift to renewable energy jobs. We must invest in green infrastructure, public transit, and the creation of good, safe, clean jobs.

The consultation process is government-sponsored but the PCP is people-driven. The former is meant to provide a forum for climate input. Some say it’s really just a feel-good process allowing the public to have a symbolic say in shaping Canada’s climate and energy policy.

As an active participant in both the government-initiated climate consultations and the People’s Climate Plan movement, I’m well positioned to share my observations and my personal reflections. In hundreds of climate consultations across the country and on the government climate portal, thousands of Canadians are standing up to be counted. Their demands are clear. Time after time, speaker after speaker — women, men, children, grandparents — are pressing for immediate action on the climate.

What Canadians Are Saying

Time and again these are the prevailing themes which have surfaced from the consultation process:

During his recent address to Parliament, President Obama talked about the urgency of climate action:

Tundra is burning, permafrost is thawing. This is not a conspiracy. It’s happening.

This is a summer of climate discontent among activists like myself. The gravity of climate change is upon us. There is no time to waste.

Most of all, I’m left tearing my hair out over why our politicians are so timid when it comes to taking climate action. I question why we need more climate consultations. Consultations are not action.