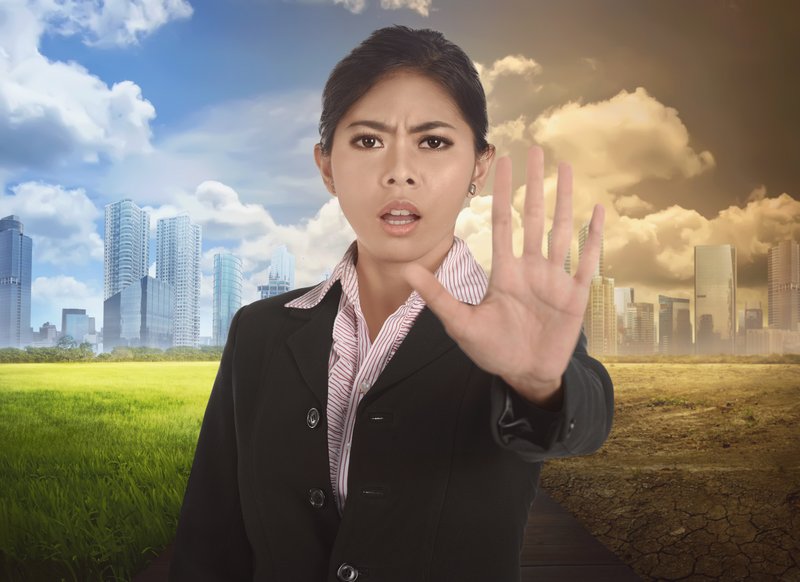 We have already warmed the planet by nearly 1°C. And our current carbon-emissions trajectory will get us to 4-6°C of further warming. The Paris Accord goal to keep warming below 1.5 to 2 degrees Celsius is wishful thinking. The Accord, if it is successful, will achieve only about half of what we need to do. “We are almost at midnight on the climate clock,”says Naomi Klein, author of This Changes Everything and the just-released No is Not Enough which is a blueprint on how to deal with the shock politics of Donald Trump.

We have squandered countless opportunities to keep our planet environmentally safe. Decades have been lost when we should have taken action but failed to do so. Rather than moving to a clean energy platform, we have allowed the fossil fuel sector to spread its tentacles into every aspect of our lives – our governments, our institutions, our communities and the media.

During these same decades, oil companies have opened up vast frontiers for oil and gas. Billions have been spent on misinformation campaigns and calculated deceptions to plant doubt in the public mind about climate change and the need to take action on global warming.

And so the climate clock keeps ticking slowly but ruthlessly toward midnight. Year after year our chances of preventing irreversible global warming and climate catastrophes diminish. This already dire predicament is made even more perilous by the rise of Donald Trump. We do not yet understand the true meaning and impact that the Trump factor will have on the climate movement. It could be of epic proportions.

The Oiliest Whitehouse Ever

Trump has established the oiliest Whitehouse ever. He’s clearly on a mission to rescue the fossil fuel sector. Trump is reversing initiatives undertaken by President Obama’s administration – the Clean Power Act, the moratorium  on coal, fuel standards for automobiles. He’s expanding drilling in the Gulf, killing research budgets and programs (NASA, EPA) meant to cope with real-world climate impacts. The removal of so-called barriers against the fossil fuel industry will only accelerate and amplify the very activities that are fueling an imminent climate nightmare.

But the US withdrawal from the Paris Agreement is by far the most drastic step taken by Trump. Although other nations remain committed to the success of the Accord, the reality is that fighting climate change without the US, the biggest carbon polluter in history, dwindles to zero.

The world is full of climate pretenders – leaders who make inspiring speeches and use strong climate rhetoric but then turn around and go limp on climate initiatives. They fail miserably to walk their climate talk.

Just last week in Paris, the G20 had an opportunity to slam Donald Trump on his no-show on climate. Not only has he withdrawn from the Paris Accord but he’s undertaking a world-wide campaign to boost the fossil fuel industry, a blatant act of sabotage of the Accord.

And yet, the best the G19 (G20 minus Trump) could do is issue a watered-down communiqué, pathetically weak on climate, destined to appease Trump, perhaps the most dangerous man on the planet. Does Angela Merkel of Germany, who delivered the communiqué to the media, need to be reminded that the appeasement of a madman did not turn out very well during the 1930s?

G20 – Communique on Energy and Climate

In this section of the communique, G20 leaders politely recognize the US withdrawal from the Paris Agreement.

We take note of the decision of the United States of America to withdraw from the Paris Agreement. The United States of America announced it will immediately cease the implementation of its current nationally-determined contribution and affirms its strong commitment to an approach that lowers emissions while supporting economic growth and improving energy security needs.

The second part of the statement is most surprising. It’s a deplorable pro-fossil-fuel acknowledgement of Trump’s intention to foster the growth and use of fossil fuels, the very antithesis of what the world needs to do to save humanity.

The United States of America states it will endeavour to work closely with other countries to help them access and use fossil fuels more cleanly and efficiently and help deploy renewable and other clean energy sources, given the importance of energy access and security in their nationally- determined contributions.

Talk is cheap! These same G20 members are spending four times more on fossil fuels than on renewable energy according to a new joint analysis sponsored by Oil Change International, Sierra Club, WWF European Policy Office and Friends of the Earth. The analysis states the obvious: G20 countries are financing climate disaster.

There is no greater climate pretender on the planet than my own Prime Minister Justin Trudeau. His climate action charade is unrivaled on the world stage. He went to Paris in December of 2015 and proclaimed that “Canada is back,” and then returned home to approve two new pipelines (to boost Tar Sands production) and the LNG project in BC. He even cheered when Trump announced the approval of the Keystone XL pipeline. Trudeau’s carbon scoreboard is a dismal reminder of his climate hypocrisy.

Where is the Urgency? 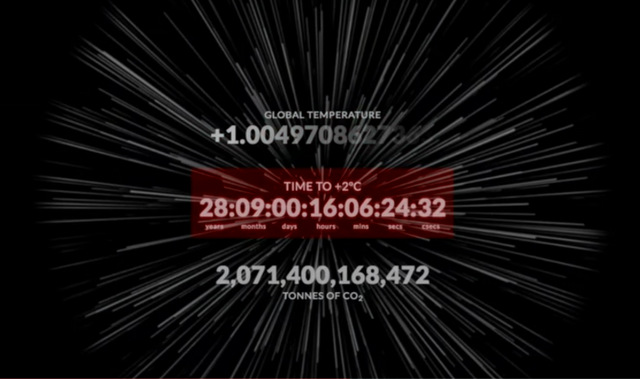 Recent warnings about the accelerated rate of global warming are alarming. Scientists warn that we only have three years to stop dangerous climate change.

Oil Change International’ s September 2016 report – The Sky’s Limit – shows that if the world has any hope of achieving the emissions and temperature targets of the Paris Accord, we “need to stop all new fossil fuel infrastructure and industry expansion.”

The evidence is mounting. We are in a climate crisis – massive Antarctic ice fractures, record wildfires, ongoing droughts, Arctic ice melt, permafrost thaw and  the latest CO2 measurement of 406.31 ppm

What About the Kids?

The most severe effects of climate disruption will fall on future generations – the kids alive today (like my grandchildren) and the yet unborn – who will face head-on the disruptive and severe impacts of catastrophic global warming. Klein refers to this phenomenon as “intergenerational theft” and “intergenerational justice” in her latest book No is Not  Enough. She fears, as I do, that these kids will grow up during the next mass extinction rather than enjoying the beauty and possibilities of the planet which we were exposed to during our youth.